At least 54% of Ghanaians believe political parties will use violence in the December polls, according to a survey conducted by the Centre for Democratic Development (CDD-Ghana).“Ghanaians think that they (politicians) will use violence in the upcoming elections. Only about four in 10, [that is] 37 per cent, do not think so,” Dr Edem Selormey, a senior research fellow at CDD-Ghana revealed during a media interaction Wednesday.“Fifty-four per cent, that is half of the electorate, think that political parties will use violence in the upcoming elections. But Ghanaians, as we are, we say Ghanaians are peace-loving people and there appears to be a strong commitment to free and fair elections, so nearly two-thirds, [that is] 62 per cent say they prefer an election to be entirely peaceful even if it’s not entirely free and fair.”She added: “This might sound like good news but for a democracy promoting institutions like ours, it’s quite worrying that Ghanaians would choose peace over fairness of an election. However, a little over a quarter would rather have an election that is completely free and fair even if it is not entirely peaceful.”About 72% of Ghanaians said if the election results do not reflect the will of the people, they should seek redress in the court. However, 20 per cent disagreed. 40 per cent support peaceful demonstrations, 53 per cent are against it and a large majority of Ghanaians, that is 90 per cent, do not subscribe to the use of violent protests where there are election disputes.According to her, the police and armed forces topped the CDD’s list of institutions that Ghanaians believe were prepared for the election.“The Electoral Commission has also moved up at this time. It was not in the top three but now it has moved to the top three as one of the institutions that is most prepared in the eyes of citizens. The EC has jumped from 58 per cent in July to 72 per cent in October and the National Commission for Civic Education is right at the bottom,” Dr Selormey stated.Source: Ghana/starrfmonline.com/103.5FM 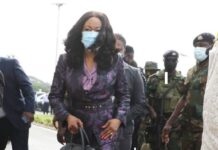 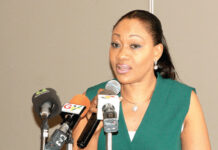