President John Mahama has blamed the Nima Police for the clashes that ensued between members of the NDC and the security detail of the NPP flagbearer in front of his Nima residence Sunday morning.According to the President, the Police should have anticipated the situation and map out strategies to avert it.Supporters of the NDC on a health walk allegedly threw stones into Akufo-Addo’s house leading to gun shots from the flagbearer’s security detail to ward off the supporters.The development has been condemned by both the US and UK envoys in Ghana.Addressing labour unions in Accra Tuesday, Mr. Mahama said the situation was avoidable if the Police had acted right.“Only last Saturday we almost had a clash which was unfortunate, if any of those firearms had been fired and someone had dropped dead it would have been a completely different story. I think we should be preventive enough in our actions to prevent such things…I think that the police at Nima should have been better briefed knowing that this group was passing through and then we should have taken appropriate safeguards to ensure that such a thing doesn’t happen,” he stated.He also assured the labour unions that he will never be the source of conflict in the Ghana.“By my nature I don’t encourage violence, I will never encourage violence so if any such thing happen, it will not be that I provoked it”.Meanwhile, the NPP flagbearer has said the incident will not intimidate him and his supporters.“Let the President and his army of propaganda warriors be assured that they would not succeed in their intimidation and deliberate propaganda mongering against the NPP and I.“We shall continue to believe in Ghana. We will muster the necessary courage to defend democratic Ghana and continue in our peaceful quest to win power in 2016 and bring back hope and opportunities to the people of Ghana, irrespective of their politics, creed, ethnicity, region, religion, age, gender or social status,” Nana Addo said in a statement.Source:Ghana/StarrFMonline.com/103.5FM/103.5fm/Kwame Danso Acheampong 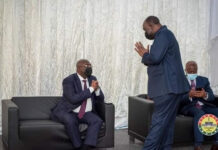 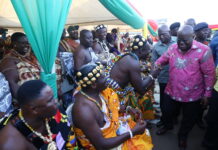 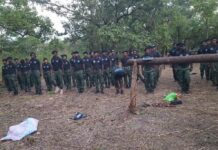