A group calling itself Alliance for Social Equity and Public Accountability (ASEPA) has called on President-elect Nana Addo Dankwa Akufo-Addo to stop the 10% pay rise for Article 71 office holders if he takes office saying it is “too high.”

The President and other top hierarchy in Ghana’s political system are set to enjoy a 10% pay rise from January 2017 as recommended by the Presidential Committee on Emoluments.

The 10% pay hike covers all members listed under Article 71 of the 1992 constitution and has been backdated to 2013.

The committee on emoluments proposed an annual increment of 10% from 2013 to 2017 for politicians covered under the Article 71.

Other article 71 office holders set for the increment includes;

But a statement signed by Executive Secretary of ASEPA Mensah Thompson said the raise was made “based on the irregular emoluments structure that existed.”

The statement added that “but based on the reasons given for an upwards review, and several other benefits accrued to these state officials, 10% is preferably too high.”

“Already the structure of the economy does not allow for extra incomes, the fiscal space is not open enough and almost half of annual revenue goes into servicing emoluments of public workers and state officials.

“This is a wrong path. Article 71 office holders can do without a pay rise for 10-15 years. And any extra income for these office holders means no job for a young graduate who cannot survive without an income. There are several other challenges in the economy and the standard of living among a lot of the public needs an upgrade. We, therefore, call on the next government to set up another committee to review the Prof Dora Adu-Buandoh committee recommendations downwards.

“The current government should also avoid backdating the implementation of the report to 2013. Our priorities as a country need to be set right; either we want to develop or satisfy a few full-bellies to the detriment of the masses.” 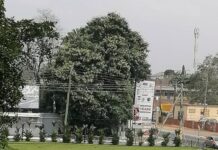 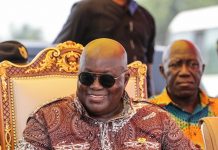 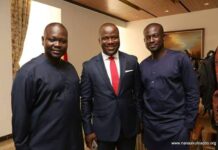