Three sisters who slept in their mother’s drinking spot have been found dead at Tarkwa-Nsuta in the Tarkwa-Nsuaem municipality in the Western region.

The three died after inhaling fumes from a generator.

Chief Inspector George Sekyi of the Tarkwa-Nsuta station office said on December 18, he received a call that three children had died in a drinking spot.

He said he and his officers rushed to the scene but were told that the deceased Abena Amos, 15, Arabi Dadzi, 13 and Akaba Dadzi, 7, have already been deposited at the Tarkwa Government Hospital morgue awaiting autopsy.

In an interview with Starr News’ Emmanuel Ohene Gyan Mr. Sekyi said the deceased lived with their mother, who operates the ‘Golden City Kitchen’ drinking spot in the Tarkwa Nsuem municipality.

He said they decided to pass the night in the drinking bar after they assisted their mother to sell beverages.

The station officer said on December 17, there was a power outage as result of a heavy downpour that occurred during the day and  because of that Madam Dadzi put a generator in the bar to enable the deceased have access to light as they  slept. The mother of the girls later found them dead when she went to the shop the next morning.

A fourth sister who was also found unconscious is receiving medical treatment. Police in the area are investigating the incident. 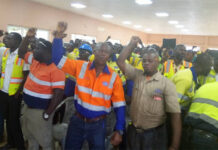 Panic at Ghana Manganese as Community officer dies of COVID-19 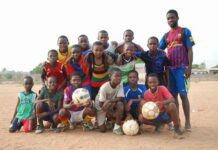