Usain Bolt will have to hand back one of his nine Olympic gold medals after Jamaican team-mate Nesta Carter tested positive for a banned substance.

Carter was part of the Jamaican quartet that won the 4x100m in Beijing in 2008.

His was one of 454 selected doping samples retested by the International Olympic Committee (IOC) last year, and has been found to contain the banned stimulant methylhexaneamine.

The team won in a then world record of 37.10 seconds, ahead of Trinidad and Tobago and Japan, who will now have their medals upgraded. Brazil will receive bronze.

Russia’s Tatiana Lebedeva has also been stripped of her Beijing long jump silver after dehydrochlormethyltestosterone was found in one of her samples.

The test and what happened next?

Carter was tested on the evening of the Beijing final in 2008 but that was found at the time to contain no “adverse analytical finding”.

More than 4,500 tests were carried out at those Games, but just nine athletes were caught cheating.

An anomaly was discovered in Carter’s submission following the IOC’s decision to retest 454 samples from Beijing using the latest scientific analysis methods.

Carter and the Jamaican National Olympic Committee were told of the adverse finding in May – before the Rio Games – and told his B sample would be tested.

It was reported by Reuters in June that Carter’s A sample had been found to contain methylhexanamine, which has been on the World Anti-Doping Agency (Wada) prohibited list since 2004.

It was reclassified in 2011 as a “specified substance”, meaning one that is more susceptible to a “credible, non-doping explanation”.

Sold as a nasal decongestant in the United States until 1983, methylhexanamine has been used more recently as an ingredient in dietary supplements. 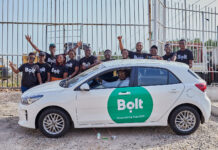 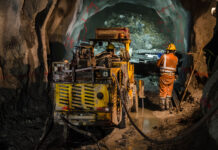