The former rector of the Ghana Institute of Management and Public Administration (GIMPA), Prof Stephen Adei, is calling for the dissolution and resignation of members of the governing Council of the Institute.

According to him, the council led by Dr. Christiana Amoako-Nuama has messed up the institute due to gross incompetence.

“I’m sad that under Dr. Amoako-Nuama today, there is no rector. There is no vice rector, there is no registrar and they have messed up the place under her leadership,” said Prof. Adei on personality profile show Starr Chat.

“I mean…how can you have a university and you sit there as a council…they must shamefully resign immediately not because of the change of government, but because they have been unfair to the work and the legacies that we have built…” he added.

Touching on the plagiarism scandal that hit the governing New Patriotic Party (NPP) after  it emerged that portions of President Nana Akufo-Addo speech were lifted from the inaugural addresses delivered by former US presidents, Bill Clinton and George Bush in 1993 and 2001 without due credit, Prof. Adei called on Ghanaians to forgive the president.

According to him, the brouhaha that erupted following the plagiarism revelations are nothing but a “distraction” from the main issues “we should be focusing on.”

“It is something which I think in academia it should not be tolerated but in this case it is excusable,” he pointed out. 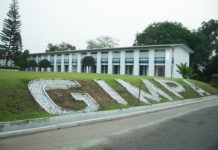 Sue me if I owe you – Egbert dares Adei