President Akufo-Addo announcing his ministerial nominees last week during a press briefing at the Flagstaff House called on parliament to act expeditiously in vetting the nominees so that he could have a government and begin delivering on the promises he made to the Ghanaian populace.

“I’m hopeful that the caliber of people who we have put before the House is such that parliament will not have any difficulty approving my nominees,” he said. 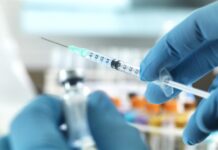