He takes over from Alex Mould who served as CEO since 2013.

Below is the profile of Dr. Kofi Koduah Sarpong

He has built his corporate leadership credentials over the period by serving on the Boards of twenty-one (21) different companies and organizations. Until 2016, Dr. Sarpong was the Chief Executive of The Global Haulage Group, and the Chairman of the Boards of both The Royal Bank Ltd and Imperial General Assurance Ltd.

He served as the Executive Chairman of Kumasi Asante Kotoko Sporting Club Limited between 2010 and 2013, during which period he led the club to 2 Premier League titles, 2 Champion of Champions titles, and 2 FA Cup Runners-Up positions.

Dr. Kofi Koduah Sarpong served as the Deputy Chief Executive of Ghana Cocoa Board, during which he structured, negotiated and managed syndicated loans, supervised the domestic liberalization of cocoa trade, designed and introduced the LBC financing scheme for cocoa purchases, and conducted negotiations with the World Bank, IFC, BADEA, African Development Bank and the EU in managing projects pertaining to the restructuring of the Ghana Cocoa Board and rehabilitation of the cocoa sector of Ghana.

Dr. Sarpong also oversaw and implemented rationalization which reduced costs and ensured the company’s viability, introduced major changes to the systems of paying for cocoa purchased from farmers and successfully promoted a culture of enterprise amongst senior management, which prepared the company for market liberalization.

As Deputy Chief Accountant, Chief Accountant and subsequently General Manager of the Ghana Food Distribution Corporation between 1983 and 1990, Dr. Sarpong supervised the construction of silos for storing grains, introduced a bill-financing scheme for financing grains purchases from farmers and refocused the commercial direction of the Corporation to make it more market-oriented and financially sound.

He is a recipient of several academic scholarships and awards including World Bank scholar (1990-1991), Commonwealth Scholar (1987-1990), University of Glasgow Graduate Scholarship (1990) and the Amegashie Prize in Accounting (University of Ghana -1978).

Dr. Sarpong hails from Nsuta-Beposo in the Ashanti Region of Ghana. 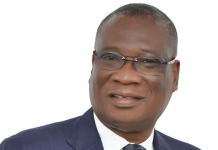 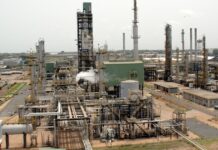