The Black Stars of Ghana have pocketed US$ 1.5 million for placing fourth at the just ended 2017 Africa Cup of Nations in Gabon.

The Black Stars were beaten 1-0 by Burkina Faso in the third place match in Port Gentil last Saturday.

Before the start of the tournament, the Confederation of Africa Football reviewed the prize money for the competition.

Winners Cameroon will bag home US$ 4 million, originally US$ 1.5 million, with runners-up Egypt getting US$ 2 million.

The oil giant signed an eight-year contract for an estimated amount of a little over one billion dollars (EUR 915 million).

The next edition of the AFCON come off in 2019 and will be hosted  by Cameroon. 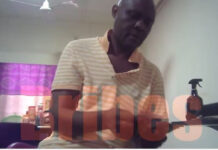