Ecobank Foundation Ghana marked its annual Ecobank Day with a donation worth of GHC600, 000 to various institutions and persons. The celebration which is in its fourth year, is one of the major corporate social responsibility of the Ecobank Group.

The bank donated medical equipment to the maternal departments of seven hospitals in the country;  seventeen computers and 100 career development books to Tri Town SHS in Aflao, and three years scholarships to 25 brilliant but needy JHS graduates to continue to SHS.

Similar equipment have also been presented to six other hospitals in the country.

This year’s celebration was on the theme “Promoting ICT Education and Improving Maternal Health Care in Africa”.

Managing Director for Ecobank, Dan Sackey revealed that the donation was inspired by a   WHO report that noted that 830 women die daily from preventable complications associated with pregnancy and childbirth, and 99% of the deaths occur in developing countries.

“This is lamentable more so in women living in rural and impoverished area – and this is what drove the decision to use Ecobank Day this year to help reduce maternal mortality in our countries,” he said.

He added that a recent report by Aga Khan University in Kenya showed that access to ICT facilities in schools in Africa is 150 students per computer while the ratio is 15 per computer in developed countries.

The studies also showed ICT has penetrated all sectors of economies and that shows how important it is to improve ICT studies in schools, hence the decision by  Ecobank to help schools with computers.

The Bank has collaborated with African Thriving Initiative to build five state-of-the-art basic schools in different regions with each valued at GH¢1.4million

The model schools would be built in communities in the Greater Accra, Volta, Central, Eastern and Northern regions.

On the part of the hospital, the acting Medical Director, Dr. Roberta Lamptey expressed  gratitude to the bank for its constant attention in improving health delivery.

“In 2012 Ecobank gave the hospital US$200,000 and in 2015, Ecobank ladies donated GHC25, 000 to the hospital and this year they have brought sophisticated medical equipment that  will help the hospital deal effectively with the many complex cases we face,” she said. 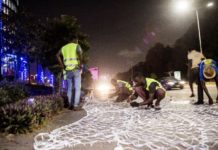 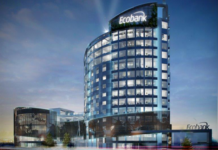 Ecobank to raise $50m through bond 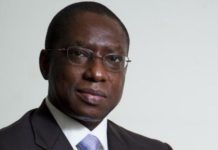