Pastor Jacob and his wife, Gladys have been adjudged winners of Starr FM’s  Valentine promo – ‘My Second Honeymoon Challenge’.

The promo sought to ignite the spark in marriages which are three years and more to come up with tangible reasons why they as a couple, need or deserve a second honeymoon. Pastor Jacob and his wife who came out as the overall winners received a weekend spread at Zaina Lodge.

Following closely in a tie was Mr. and Mrs. Dela Forfoe who also had a weekend stay at Zaina Lodge.

Mr. and Mrs. Mante-Sarfo followed fourth with a Lunch at the Accra City Hotel.

Starr FM has in previous years rewarded couples with the most touching love stories in 2015, where Brigadier General George Partington and his wife Elaine Partington won an all-expense paid week-long romantic holiday trip to Dubai (Tickets, Accommodation, Meals, Tour), with others winning a romantic dinner for two at Alisa Hotel – Ghana and a photo-shoot at TCA (Couple or Family).

This year’s edition of “My Second Honeymoon Challenge” is sponsored by Zaina Lodge, Starbow Airline and Accra City Hotel. 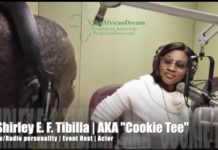 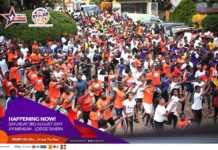 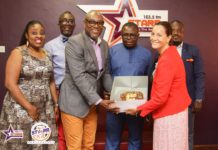