The medical officer had stated in the February 5 2017 online publication by Starr News that “Sydney, too, should be investigated because we are reliably informed about the circumstances of his employment at the directorate and how he has been a protégé and spy for the regional director”.

The development came on the back of some fresh findings made by Starr News’s 3-month-long investigations that questioned Dr. Issah’s public assertion that some official vehicles had gone missing at the directorate.

Mr. Abilba has filed a petition to the Upper East Media Advisory Committee (MAC) of the National Media Commission (NMC) to counter the statement made incognito by the medical officer.

“I am a graduate of the University of Cape Coast with B.SC. Entomology and Wildlife (Hons.). I graduated in the year 2013. When I graduated in 2013, I was posted to undertake my National Service at the Upper East Regional Health Directorate and completed in 2014. My boss, the Regional Entomologist at that time had just gone on retirement. So I submitted my application for the post. Based on my hard work and commitment, I was employed on 3rd August, 2015, to replace my boss who just went on retirement,” said Mr. Abilba who also presented to the committee copies of certificates of the schools he said he had attended.

On the accusation levelled against him by the medical officer that he was a “protégé and spy”, he told the committee in his petition that he only recorded his personal chat during a meeting with Starr News’s Upper East regional correspondent, Edward Adeti, to avoid “a situation where I would be dragged into issues involving my senior most bosses (Dr. Issah and Dr. Awoonor) by citing me as a source of information at the directorate.”

When interrogated further by Starr News on what he knew about Mr. Abilba’s employment circumstances, the senior medical officer insisted on his claims.

“The regional health directorate and the regional hospital are embedded in the same health service and I will make the details known this time through several media houses as soon as possible. I am a worker here at the hospital and we know what is going on at the directorate. A lot of wrongs are happening in the region, which should be brought out for the sake of the development of this region. The region is where it is because of certain wrongs. We need you the media to get things done right but some of us have realised that if you want to be brave whistleblowers in the region, the selfish individuals team up to bring you down.

“I am going to meet media houses in Accra and Kumasi myself this time around on behalf of concerned staff at both the regional hospital and the regional directorate and furnish the media houses with documents on some critical issues and how a director of health is dangerously breaching standards by promoting conflict of interest and patronage by appointing his wife who is not qualified as head of special programmes when seniors who are rather qualified have been pushed to the background. The documents are of public interest and they will shock the country. That is why I want to personally bring them to Accra myself. We don’t want to endanger the life of any journalist in the region anymore. We will do it ourselves henceforth,” the medical officer said.

Starr News’s correspondent, Edward Adeti, did not contact Mr. Abilba in the wake of the role the secret recording done by Mr. Abilba, among other reasons, played in the attack the journalist suffered later. As the public awaits further details from the senior medical officer, Starr News, following the counsel of the Media Advisory Committee, sincerely wishes to apologise to Mr. Abilba for now for any inconvenience caused him.

It would be recalled that Dr. Issah made a public announcement in 2016 to the effect that some 5 official vehicles had gone missing at the regional health directorate. The office of the Director-General of Ghana Health Service (GHS) dismissed the announcement, saying Dr. Issah knew the whereabouts of the alleged missing cars and that he had deliberately made the “false claims” to tarnish the reputation of his widely celebrated predecessor, Dr. John Koku Awoonor-Williams.

Starr News’s investigations also indicated that the 5 vehicles did not vanish and also uncovered at Dr. Issah’s official residence an official project pickup sources at the regional directorate said Dr. Issah had unduly given out to his wife.

“There is also one given to my mother and another to my uncle in the village. I believe you have seen them driving the vehicles in town. Kindly let me know where you are so that they come around so that you can take pictures for evidence.

“I am also planning to allocate one vehicle my grandfather, another vehicle to my village chief, and leave with two when I’m going on retirement. Maybe I can loan you one of them so that you use for rural reporting. Thank you and happy new year,” Dr. Issah had responded when contacted after Starr News had taken video shots of the said car on his residential compound in Bolgatanga.

The car, as shown by documents available to Starr News, is among the Ghana Essential Health Intervention Project (GEHIP) vehicles procured with donor support to help reduce maternal deaths in the region. The Korean International Cooperation Agency (KOICA) became “apprehensive” after the “false alarm” and decided to cancel a 9-million-US-dollar agreement it had signed with the GHS to help reduce infant and maternal deaths in the Upper East Region. It reportedly took the intervention of the Office of the Director-General of the GHS to avert the loss. 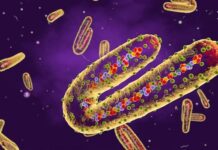 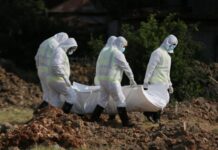 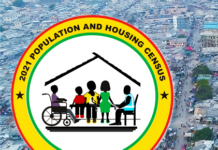 GSS suspends census at Kassena-Nankana over threats to enumerators