President Nana Addo Dankwa Akufo-Addo has assured investors, both domestic and foreign, that neither his government nor his appointees are in office to compete for business opportunities with the private sector.

The role of his government, he added, is “facilitating the business that you are going to do – setting good ground rules and holding you to account to them – and, by that, provide a good framework and environment for you to do your business.”

President Akufo-Addo made this known when he interacted with Chief Executive Officers of some of the leading African and international companies at a round-table meeting, on the sidelines of the 5th edition of the Africa CEO Forum, currently ongoing in Geneva, on Monday, March 20.

Assuring the CEOs of the creation of a conducive climate for their businesses to flourish, which will bring in its wake jobs and prosperity for Ghanaians, President Akufo-Addo noted this “climate” will be guided by the rule of law, and will ensure that the sanctity of a genuine contract is respected.

On the issue of contracts, the President indicated that a number of contracts, especially in the energy sector, which were entered into by the previous administration are being reviewed, as most of them involved large sums of money.

He indicated that due process is being followed in the review of these contracts, assuring that “there is not going to be any witch-hunting. I don’t have any problem with legitimate arrangements that were made before I took over. I do, however, have a problem if they were corrupt and if the considerations for the contracts are ones that cannot be justified to the people of Ghana.”

The President added that if by the end of the review, and a contract is found to be dodgy, his government will act on it.

In dealing with corruption, the President indicated that “a new office of Special Prosecutor, which will be a creature independent of the Executive, will have the mandate to deal with issues of corruption and allegations of corruption against public office holders.”

He indicated that the office of Special Prosecutor is found in many jurisdictions across the world, and in the next meeting of Parliament, legislation on the office will be brought before the House for its passage.

“There will be special arrangements about how the prosecutor will be appointed, so that his independence from the Executive is maintained, not just in words but concretely, and also in securing the tenure of office. That body will have the remit to deal with issues of corruption, both past and present,” he added.

President Akufo-Addo reassured that whatever is needed to “clean up the business climate in our country, make it possible for people like you to put your money into Ghana” will be done.

“That has been and will continue to be our prime concern – create an enabling business climate to allow domestic and foreign businesses to flourish”, he added. 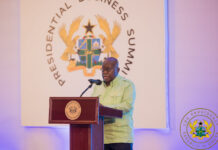 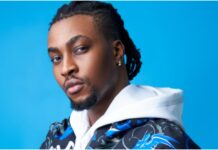 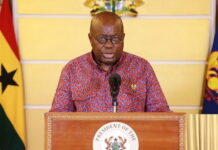