The young film director from the University of Ghana has made history for being the first to receive FESPACO nomination for his film, ‘DOWN SIDE UP’ and for winning the award for Ghana’s premier tertiary outfit.

‘DOWN SIDE UP’ written and directed by Peter Owusu as part of his final year project in the University of Ghana in 2016, stresses the death of the future of a child if he/she is denied access to education.

Set in a school compound in Accra, the story revolves around Ato, a boy who dares to get himself educated. His passion for school and desire to join his contemporaries in the classroom landed him in nightmarish situation.

“This award means everything to me, especially because this is my first film and that it has been recognized by FESPACO and won an award,” Owusu said after receiving the award.

‘DOWN SIDE UP’ is one of two awards won by Ghanaian directors at the 25th edition of FESPACO in Ougadougou. Bismark Aryee, from NAFTI, won the Best Student Documentary Film. 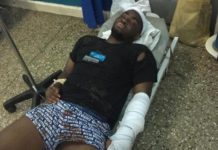 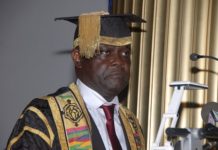