The heads of top US spy agencies are to testify before Congress about possible links between Russia and President Donald Trump’s election campaign.

They will also address Mr Trump’s claim that he was wiretapped by Barack Obama.

FBI director James Comey and the NSA’s Admiral Mike Rogers will speak at a rare open hearing of the congressional intelligence committee.

Russia denies trying to influence the election, while Mr Trump denounced the investigation as a “total witch hunt”.

In January, US intelligence agencies said they believed Kremlin-backed hackers had broken into the email accounts of senior Democrats and released embarrassing ones in order to help Mr Trump defeat Hillary Clinton.

The two directors were invited to testify by Republican Devin Nunes, chairman of the House committee, and Adam Schiff, the panel’s top Democrat. The hearing is expected to start at 10:00 local time (14:00 GMT).

Mr Nunes claimed on Sunday that based on “everything I have up to this morning” there is “no evidence” that the Trump campaign colluded with Russia.

However, Mr Schiff said the material offers circumstantial evidence that US citizens collaborated with Russians to influence the vote.

“There was circumstantial evidence of collusion; there is direct evidence, I think, of deception,” Mr Schiff said. “There’s certainly enough for us to conduct an investigation.”

Two senior officials in the Trump administration have been caught up in the affair – Attorney-General Jeff Sessions and former national security adviser Michael Flynn.

Mr Sessions has removed himself from the FBI inquiry. He was accused by Democrats of lying under oath when he testified at a January confirmation hearing that he had “no communications with the Russians” before it emerged that he had met Moscow’s ambassador to the US Sergei Kislyak during the campaign.

Mr Flynn was fired last month after he misled the White House about his conversations with the Moscow diplomat, allegedly regarding US sanctions.

Monday’s hearing is also expected to address President Trump’s claims that the Obama administration wiretapped his phone at Trump Tower in New York during the campaign.

Mr Trump has provided no evidence, and senior Republican and Democratic officials have dismissed the idea.

Mr Nunes told Fox News on Sunday that a review of justice department documents provided on Friday indicated there was no such wiretap. 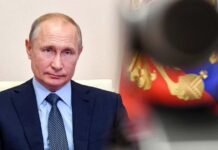 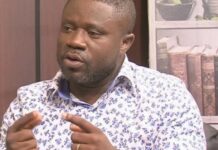