The Australian High Commission in Ghana is delighted to welcome award-winning Australian filmmaker Rachel Perkins to Accra from 25-27 April 2017.

Following in the footsteps of her activist father, Charles Perkins, Rachel Perkins’ filmmaking over more than 25 years has been concerned with the history and stories of her people, the Aboriginal people of Australia.

While in Accra, Ms Perkins will hold workshops and discussions on story-telling, film-making and rights and activism with Ghanaian film producers, and students of the National Film and Television Institute and Lincoln Community School. She will also showcase some of her productions in partnership with Accra[dot]Alt and the African Women’s Development Fund (AWDF).

On Wednesday 26 April, Ms Perkins will premiere her most recent documentary Black Panther Woman at the AWDF offices (East Legon) from 14.30 and an episode of the award-winning series Redfern Now at Brazil House (Jamestown) from 18.00.

The films, free to the public, have been selected to provide a window into the identity and character of contemporary Australia with themes including migration, Indigenous issues, humour and drama.

This is Rachel’s first opportunity to travel in Africa and she is delighted to be sharing some of the highlights of Aboriginal cinema with audiences in Ghana.

High Commissioner Andrew Barnes commented “We are very proud to have Rachel Perkins for the first time in Ghana. It’s a wonderful opportunity for Ghanaians to see a unique selection of films that showcase the diversity of Australia’s people and landscape.” 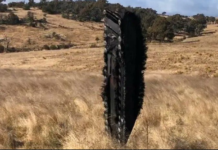