The John A. Kufuor Foundation (JAKF), a non-profit making organisation, has awarded scholarship to 20 students of various tertiary institutions across the country to undergo a leadership training programme.

The beneficiaries who are second-year students pursuing various degree programmes will be supported through their tertiary education, while they also undergo grooming to take up leadership roles.

Eleven young women and nine men  would this year undergo a three-year programme, unlike the first batch of 14 who started the programme last year.

Speaking at the scholarship award ceremony in Accra yesterday, a renowned playwright and public speaker, Mr James Ebo Whyte, admonished the beneficiaries to seek knowledge, be unique, have faith, obey their calling, be unstoppable and respect themselves and others.

“Accumulate knowledge, stand out by being unique. There must be something special about you. Have faith and believe that the impossible is possible. You must be unstoppable such that nothing can keep you down. Discover your calling and obey it. Finally respect yourself so that others will respect you,” he urged.

He said such traits would help keep the legacy of former President Mr John Agyekum Kufuor, the founder of the foundation, and make them good leaders as well.

“Mr Kufuor transformed politics in Ghana by showing how a politician can show genuine love to people of all walks of life  and respect humanity,” he said.

Mr Whyte urged the winners to lead lives that would leave a befitting legacy for their children and future generations.

The Minister of State for Tertiary Education, Professor Kwesi Yankah, said interventions to groom the youth into effective leaders were laudable .

He expressed concern over the deficit of leadership in Africa and Ghana. “We see retrogression, leadership is on a downward spiral, he added.

He said he was happy that the beneficiaries were chosen purely on merit from the various universities.

To reduce the government’s burden of financing education, Prof Yankah called on private bodies to buy into the educational agenda that the government was pursuing and support it.

After the students had pledged to abide by the virtues of integrity, accountability, transparency, love for nation, patriotism in business and governance, they were presented with certificates of induction into the programme.

The awardees, who would also receive a certificate of completion after the three-year programme, also pledged to be studious, diligent, support their fellow scholars, be devoted to national development and promote values which would make Ghana great and strong.

In an interview, the Chief Executive of JAKF, Prof. Baffour Agyeman-Duah, said each student would receive a GH¢2,000 stipend every semester and would in the course of the three years take part in seminars, mentoring sessions, interactions with former President Kufuor and other leaders, community services programme and internships.

He explained that the rationale behind the programme was to equip the new generation of leaders with the right mindset to transform the country.

“Some traits and values such as nationalism, accountability, integrity and patriotism are not taught in our main stream education. So we try to inculcate these values in them and that will help them to be unique wherever they find themselves,” he said. 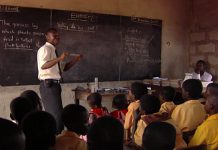 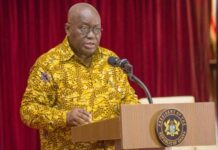 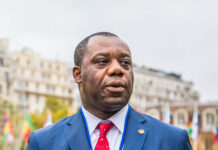