The request by the National Association of Graduate Teachers (NAGRAT) for an extension of the deadline on the SSNIT biometric registration will not be granted, the deputy Finance Minister, Kwaku Kwarteng has stated.

NAGRAT has been on a collision course with government following an announcement that teachers who defaulted in getting their biometric data captured by SSNIT would forfeit their salaries for April.

The Finance Minister, Ken Ofori Atta last week ordered the removal of about 26,589 names of public workers from the government’s payroll.

Those affected, according to him in a statement, have not been registered on the new SSNIT biometric system, despite several directives to do so.

As a result, payment of their salaries would be suspended indefinitely until they have completed their SSNIT re-registration—a move NAGRAT described as punitive.

According to its National President, Christian Addae Poku the Finance Minister’s directive is uncalled for as SSNIT is a different entity from the Controller and Accountant General Department.

He thus called for a month’s extension to allow members of NAGRAT the opportunity to biometrically register with SSNIT.

“We see it as putting the cart before the horse,” he stated on Morning Starr Tuesday in an interview with host Francis Abban, explaining that over the years before such drastic decisions are taken a pre-emptive meeting between the unions and the Ghana Education Service and other stakeholders takes place to educate them and the leadership of the unions.

“Then we will go ahead and inform our members,” he said.

On his part however, Mr. Kwarteng said government will not extend the deadline arguing that would give the impression that the government is not serious about plugging the loopholes on government’s payroll system.

“This is just the beginning,” he stated Tuesday on Morning Starr.

The real ghost on the government’s payroll, he said would be known when “this exercise is over,” assuring that a full scale probe would be instituted to ascertain how the names entered the payroll.

“So, if you are a head of department and you validated an individual as a worker and put them on the payroll we will find you out. We will prosecute you. We will arraign you in the media and let everybody know that these are the people causing all the havoc to the national economy,” added Mr. Kwarteng.

He said even though government sympathises with those whose salaries have been held they will not allow anybody to derail the exercise of cleansing the government’s payroll of ghost names.

“When you touch peoples’ salaries it is a very emotive, important and sensitive issue but in the end the public economy must be protected and that is why we are taking this action.”

He thus urged those whose names have been taken off the payroll to take the necessary steps to complete their biometric registration, pledging that a supplementary payroll would be ran so that by the middle of May their April salaries can be paid.

“If people don’t want to take advantage of this…then I am afraid we are unable to grant the request,” he stated. 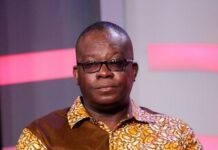 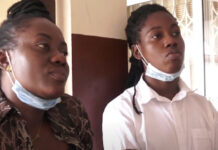 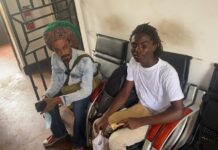