Residents of Frafraha in Accra are accusing the Environmental Protection Agency (EPA) of compromising on their health after a plastic recycling factory was allowed to operate in the area without permit.

The residents who live near the plastic manufacturing factory at north Frafraha say the toxic fumes from the factory is having a negative impact on their health.

According to the residents, they strain with each breath as they suffer severe headaches, nausea and respiratory problems.

A year ago, the Accra West Office of the Environmental Protection Agency ordered that the company be relocated after investigations into numerous complaints from residents.

The owner of the company Mohammed Habib Tuferu allegedly defied the order, compelling the EPA to initiate a legal action against him.

Starr News’ Daniel Nii Lartey who visited the area reported that it is hard to breath in the area due to the strength of the fumes emanating from the factory.

An asthmatic resident told Starr News that he has been unable to stay in his house for over 10 days due to the stench from the factory.

The EPA’s director for standards compliance and enforcement, Mr. Lambert Faabeluon told Nii Lartey that the issue has just been brought to his attention adding that his unit will meet and take a decision.

“It was the assembly that gave the permit to the company to build the factory…they didn’t have an approval by the EPA but [they] were in the process of getting the approval when the case was reported. The process was being handled by the Amasaman office,” Mr. Faabuelson said.

Mr. Faabuelson who appeared to be defending the operations of the factory said there is nothing wrong in having a factory in a residential area.

“The issue has just been brought to my notice…I will meet my boss…and we will take a decision,” Mr. Faabuelson added. 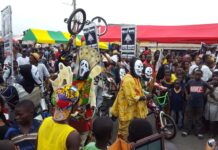 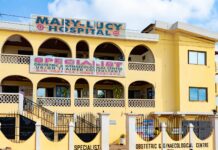