The Minority in Parliament believes the deal surrounding the sale of contaminated fuel to Movenpiina Energy has cost the State Gh¢14 million.

Five million litres of fuel product was declared off-spec after going through an in-house technical assessment and a laboratory test by the Tema Oil Refinery. It followed what BOST termed as “human error” which led to the contamination of the product which is said to have resulted in Ȼ7 million loss of revenue to the state.

However, the Minority led by a former Energy Minister Emmanuel Armah Buah said the “financial loss estimated at GHS 14.25 million be retrieved by surcharging the offending officials at BOST in line with the recent Supreme Court decision.”

It said the Bulk Oil Storage and Transportation Limited deal is stinky and must be investigated.
Below is the full statement:

The minority in Parliament has noted with grave concern the sale of contaminated fuel product to the tune of five million litres to a company known as Movenpiina by the MD of the Bulk Oil Storage and Transportation Limited under very dubious and bizarre circumstances in another clear example of escalating corruption in the Akufo-Addo/Bawumia Government.

Even more disturbing is the explanation offered by BOST to justify the sale of this contaminated product as well as the circumstances surrounding the sale which clearly lacks transparency and integrity.

Ladies and Gentlemen of the press, it must be mentioned that under proper regulatory and supervisory protocols, under no circumstance should the BOST Co. Ltd experience such high levels of contamination as we are witnessing.
The question to ask is what led to the contamination of these products in the first instance. Why was the particular tank in question not properly discharged and cleaned before the intake of the fresh fuel which led to the contamination? Was it due to negligence, lack of supervision or a deliberate plot by some self-seeking individuals to enrich themselves at the expense of the state and the Ghanaian tax payer?

The justification by BOST that the contaminated products were sold for use by manufacturing companies is untenable. The norm and practice is that when such contamination occur, corrective treatment of these products are undertaken by the Tema Oil Refinery through blending. Why did BOST not arrange with TOR for the treatment of this particular fuel? Available information indicates that BOST failed to exhaust all means to ensure TOR blends this contaminated fuel.   The argument by BOST that the blending couldn’t be done at TOR because the CDU is down is most untenable.

Ladies and Gentlemen of the Press, the claim by BOST that this contaminated product was sold at a competitive ex-depot price is false and cannot be justified.

When was the competitive bidding process initiated and who were the companies that participated? Incontrovertible evidence available confirms that Movenpiina Company was the only company BOST dealt with in the sale of this contaminated product in a sole sourced transaction. It is therefore erroneous to suggest that the sale was done under a competitive process.

Further information available to us indicates that Movenpiina Co. Lt. put in a proposal to purchase the fuel on the 19th of May 2017. Interestingly, checks from the Registrar Generals Department suggest the company was incorporated to trade and transport fuel on the 29th of May 2017. This clearly suggest collusion on the part of the actors. Information available before us indicates the Managing Director took a decision to grant to Movenpiina Co. an Open-Credit sales arrangement against all the advice from his own staff. This means that the company bought the products without paying for it and in turn sold the products to a third-party Company Zupoil at 30% higher. This smacks of high level corruption.

We further wish to know what culminated in the interdiction of General Manager of Terminals, Mr. Fred Adarkwa and the Trading Department Manager Mr. Nana Obeng all of BOST. Was it because they strongly kicked against the clandestine process of selling these products.  Ladies and Gentlemen, we have received information that these contaminated fuels which were originally meant for industrial usage by the steel, garment, petrol chemical as claimed by BOST by companies to run their machinery and certainly not for the running of vehicle engines has ended up in the open market against the NPA’s directive not to do so. The resultant effect will mean damage to vehicle engines and its accompanying side effects to the innocent Ghanaian consumer. Furthermore, our checks reveal that the contact number on Movenpiina is the same number of the BOST MD’s private office in Airport Residential Area.
The Gentleman who registered the Company, one Nana Poku Agyemang a generator dealer with a Company General Power is a close associate of the MD and they have been doing business together before the MD was appointed to BOST.

The Minority has also noted with trepidation the revelation that the said Movenpiina Company is currently a Bulk Oil Transporter at BOST carrying huge petroleum products across the Country when they are not registered. This is not only illegal, it is also extremely  risky because when those products are lost, it will be at the cost of the tax payer as there’s no insurance covering the said contract.

The Minority will want to place on record that further checks reveal that, BOST has never sold any contaminated products before. They always blend the products to correct it to meet industry specifications as outlined by NPA and Ghana Standard Authority. What BOST has sold in the past is slop and not contaminated products. As we speak BOST imported a full cargo declared by NPA as off Spec. The Company that brought in the product is called Morco Energy. That product is currently being blended at TOR to correct it. We wonder why the 5million litres didn’t go through the same process to correct it.

Ladies and gentlemen, the blatant corruption by the Akufo-Addo/Bawumia government cannot be allowed to continue.

We demand the following:1) The immediate interdiction of the BOST MD – Mr. Alfred Obeng Boateng2) Full scale investigation by the regulatory authorities3) The immediate withdrawal of the contaminated product from the market to protect consumers and assurances that this will not recur.4) That the financial loss estimated at GHS 14.25 million be retrieved by surcharging the offending officials at BOST in line with the recent Supreme Court decision.
We thank you for your attention. 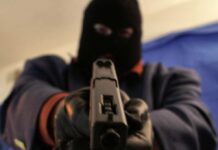 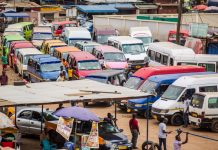 New transport fares yet to be determined – Transport Unions