Two men have been arrested for their part in an alleged plan to hack into Microsoft’s network.

It is believed that the men were involved in repeated attempts to infiltrate the Microsoft network between January and March this year.

Both were charged under the UK’s Computer Misuse Act that criminalises unauthorised access to computers.

Police said the pair were part of a larger group that was plotting the cyber-intrusion into the software giant’s systems, seeking to steal customer data.

Detectives from the South East Regional Organised Crime Unit (Serocu) carried out the raids which, said Det Sgt Rob Bryant, also led it to seize devices believed to have been used in the attacks.

He added that Serocu had worked with Europol, the NCA’s National Cyber Crime Unit, the FBI and Microsoft to investigate the intrusions.

“After speaking with Microsoft, we can confirm they did not gain access to customer information,” he said. “It is too early to speculate on what information the group has accessed.”

Tom Burt, Microsoft’s vice president and deputy general counsel of the Digital Crimes Unit told the BBC: “Today’s action by authorities in the UK represents an important step. Stronger internet security depends on the ability to identify and prosecute cybercriminals.

“This requires not only a strong technical capability, but the willingness to acknowledge issues publicly and refer them to law enforcement. No company is immune from cybercrime. No customer data was accessed, and we’re confident in the integrity of our software and systems.

“We have comprehensive measures in place to prevent, detect, and respond to attacks. We also have specialist teams focused on working with law enforcement to identify people who attack either us or our customers, and we’re committed to fast and effective action against attackers.” 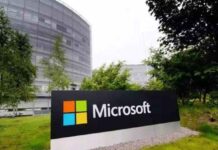 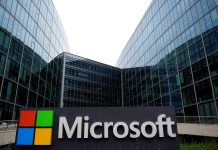