The Inspector General of Police (IGP) David Asante-Apeatu has called on personnel of the Motor Transport and Traffic Department (MTTD) of the Ghana Police Service to uphold professionalism in the discharge of their duties.

This, according to him, will be key to restoring the service’s blemished reputation.

“Several innovations are being taken and key amongst them is the much needed reform and restructuring of the MTTD with the objective of establishing a much more professional and civil oriented model traffic and transport department that will effectively discharge its mandate without reproach,” he said in a speech read on his behalf by the Director General of Operations, COP Christian Tetteh Yohuno.

He further observed that the service is being transformed to deliver quality policing in tandem with international best practices.

He was speaking Thursday June 8 at a conference attended by over 41 regional and district commanders of the service.

Touching on the activities of the Criminal Investigative Department (CID), IGP Asante-Apeatu announced the department is being revamped to meet modern standard.

Also, he said the hierarchy of the service intends to facelift professional development of frontline officers, strengthening of internal affairs including the Police Intelligence and Professional Standards Bureau and the use of Information and Communications Technology (ICT) to complement policing. 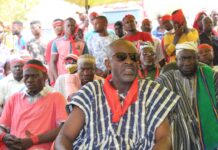 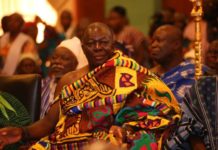 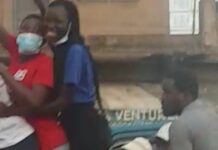