A group calling itself, Integrity Against Corruption (IAC) within opposition National Democratic Congress (NDC) in the Volta region has strongly chastised some members of the party for taking a swipe at the party’s founder J.J Rawlings.

The former president last week incurred the wrath of a former deputy chief of staff under the erstwhile Mills/Mahama led NDC government, Dr. Valerie Sawyerr for his incessant ‘attacks’ on appointees of that administration over alleged corrupt practices.

Dr. Sawyerr in an article last week described the party’s founder as a ‘buzzing mosquito’ who only makes baseless ‘noise’ against the NDC even in opposition, instead of channeling his energies towards the ills of the present NPP government.

Her sharp criticism of Mr. Rawlings has since received a barrage of responses from pro-Rawlings supporters including the IAC group.

The group at a press conference at Agbozume in the Ketu South constituency on Monday expressed disgust at the conducts of the former deputy chief of staff and some other leading NDC members including, former chairman Dr. Obed Asamoah, who said Mr. Rawlings was not a founder of the NDC.

Daniel Hamenu, spokesperson of the group told journalists that “You will recall how NDC has trumpeted over the years for a country devoid of corruption. You will also easily recall the passion with which our founder has fought corruption all his life.

“Unfortunately, however, the word “corruption” seems to have become a taboo word within certain circles of the NDC, especially if it comes from the lips of His Excellency, former President Rawlings.”

“His mention of the word corruption, recently, in Ada Annual Asafotsufiame, attracted and provoked the corrupt element of our great party led by Valerie Sawyer and supported by his grand corrupt uncle, Dr. Obed Asamoah and their cohorts.”

He indicated that the group will not sit aloft for anyone to attack the former president Rawlings, on whose ideals of probity and accountability, the NDC was founded.

“Insulting J.J Rawlings is nothing but a tactical move to overshadow the truth. This is a war of integrity against corruption and the corrupt stinky grand strategy to prevent the people of integrity to emerge come 2020 and beyond will surely collapse,” he added.

The group also indicated that, the NDC risks staying in perpetual opposition if some elements continue to denigrate the principles of the founder, who they described as the ‘the moving spirit and energy’ of the party; adding ‘No Rawlings, No NDC.’ 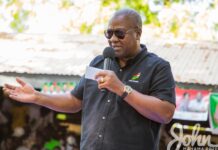 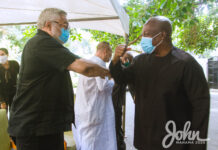 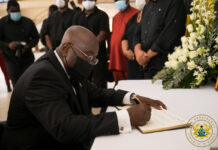