The Late Professor Francis Kofi Ampenyin Allotey, a renowned professor of Mathematics and Scholar of Nuclear Physics, has been celebrated posthumously with the coveted 2017 African Genius Award.

The late professor was awarded among 12 other personalities for his immense contribution to mathematics and science globally at the Second Osagyefo Kwame Nkrumah African Genius Awards held in Accra on Saturday night.

It was on the theme: “Celebrating the Contribution of African Genius to the Making of Civilisation”.

Mr. Francis Kojo Anu Allotey, the Son of Prof. Allotey, received the award on behalf of his father, accompanied by family members. He was presented with a plaque and citation.

The late Prof. Allotey was born in 1932 in Akyemfo Nkusuku in the Central Region and had been a phenomenal inspirer and influence in the study of Physics and Mathematics in schools, colleges and universities in Ghana and across the world. He was also a Consultant in Informatics Development.

Other awardees on the night included Prof. Akua Kuenyehia, a former Judge of the International Criminal Court, Ghana’s first female professor of Law and one time Dean of the Faculty of Law at the University of Ghana, who picked the Award in Leadership.

The rest include Dr Daniel Amponsah, popularly known in the showbiz industry as Egya Koo Nimo, picked the Performing Arts Award for his pioneering work in traditional music, while Prof. Oheneba Boachie-Adjei, who has achieved global reputation for the treatment of spine deformity and special expertise in the treatment of scoliosis, kyphosis, and spine reconstruction, picked an award in Medicine.

Prof. Opanyin Kofi Agyekum, an internationally recognised Akan Scholar, was awarded for Language, Prof. Kwame Gyekye, picked an award in Philosophy, Dr. Raphael Armattoe, was also posthumously rewarded for his exploits in Physiology and Elijah Djan picked an award for the Young Icon Category for making bricks from paper.

The Award Scheme is a platform to celebrate excellence and recognise the contributions of African genius in the field of entrepreneurship, performing arts and leadership, as well as medicine, science, mathematics and technology.

The ceremony should have come off last year but was postponed to this year due to the general election.

Prof. Kwesi Quartey, the Deputy Chairperson of the African Union Commission, expressed worry over frequent migration of young Africans to seek greener pastures in Europe and the Americas due to bad governance.

He said the vision of Ghana’s First President, Osagyefo Dr. Kwame Nkrumah, was still relevant to the cause of the Continent and urged young ones to strive to make an impact.

Prof. Kwabena Frimpong-Boateng, the Minister of Environment, Science and Innovation, who was the special guest speaker for the occasion, lauded the vision of Dr. Kwame Nkrumah.

He noted that though his (Dr Nkrumah’s) political ideology may differ from his, he believed that those who wanted to develop the society through science and technology should go into the mind of the former leader and discover the totality of his development agenda.

The night was characterised by patriotic songs from Harmonious Chorale who gave renditions of Ephraim Amu’s Edikamfo Mbo and Ghana Nyigba by Kojo Tsibu, while the Drama Troupe of the Methodist University College performed chorography and sang melodious songs to entertain the audience. 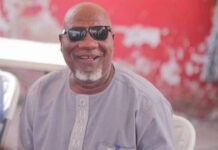 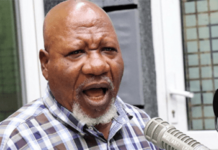