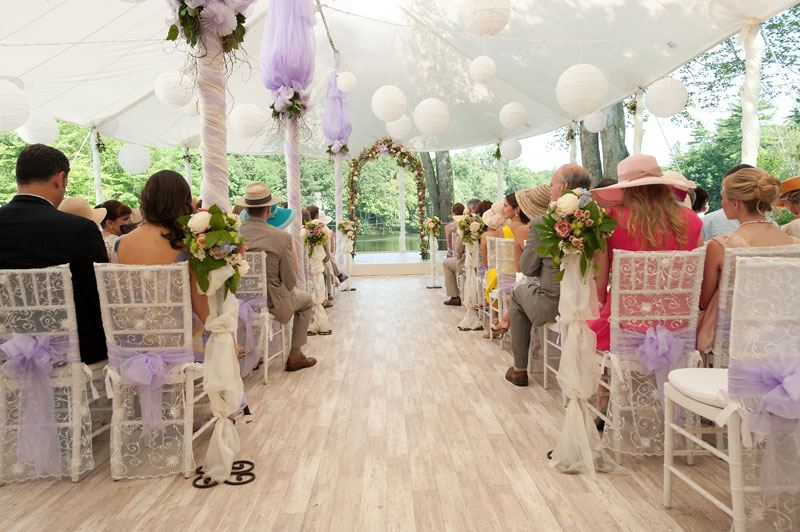 There’s a box at the top of my wardrobe that I’ve only opened once. It contains the most expensive piece of clothing I’m ever likely to own. Beautifully wrapped in acid-free tissue paper and boxed with a bow for storage, almost certainly never to be worn again. My wedding dress. As far as cost-per-wear goes, it’s not good.

I’ve taken it out once since my wedding day in 2007, to remind myself of what it felt like to put all one’s hopes, dreams and excitement into a single day.

I bought the dress, a lace gown, for £5,000 from an ultra-exclusive bridal boutique where the assistants were terrifyingly brisk. It was the most I’d ever spent on anything in my life – and that was without the silk veil, jewelled headdress, bespoke underwear, designer shoes, make-up, going-away outfit, hairdresser and brand-new scent which would remind me forevermore of the day.

Now, 10 years later, with three children, I look back with the irritating benefit of hindsight and wonder what on earth I was thinking. It’s a dress – a dress I knew I would only wear once.

And back then, aged 27, I didn’t just want the dress – I wanted everything. I behaved like the most princessy princess ever to open a bridal magazine. I was usually fairly level-headed, but something inside me flipped as I said yes to my partner’s proposal.

I felt like I’d been catapulted into a fantasy world, where my loose grip on the reality of what marriage was really about (combined with a strong sense of bridal entitlement) propelled us to splash almost definitely upwards of – and I struggle to say this – £50,000 on our wedding day.

How could I have thought it was a good idea to spend such an eye-watering amount of money – more than the average deposit for a house – on one day?

Once we started, it was as though we couldn’t stop. At the time, my husband had a really well-paid City job so I felt that we could afford the best of the best. Having our ‘big fat London wedding’ became an obsession. ‘Must-haves’ included a ceremony in a central London church with full choir, a reception in a trendy private members’ club, proper free-flowing Moet (no prosecco for us) as well as all the odds and ends, such as the £900 wedding cake that my mother insisted on. And then we ‘had to’ have a honeymoon on stilts in the Maldives – which added another £15,000 to everything.

Coming from a large family of equally large weddings, there was a part of me that wanted to impress everyone. I wanted to keep up with all the other weddings I’d been to – and out-do them. I was completely obsessed with this need to deliver a beautiful day, but I never thought past that. The wedding day itself became everything.

I think part of it came from an emotional need to mark a new beginning for my future husband and me. There had been significant ups and downs in our relationship – we’d struggled through a terrible family trauma and we’d both had job struggles. We hoped that buying our house and having this wonderful wedding would be the fresh start we wanted, and if that meant spending a large chunk of money? So be it.

Our goal was to have a fabulous day that we would remember forever. And we certainly did that. It was a beautiful occasion surrounded by our loved ones that looks even more beautiful in photographs.

But do I regret the gobsmacking cost of it? Yes.

The day was so fleeting that most of those precious details I’d obsessed about for months were lost on me. We’d carefully selected canapes and paired them with the most exquisite wines. But with all the adrenaline of the day, my appetite disappeared and I couldn’t manage more than a few mouthfuls.

Then there was the venue itself. It looked stunning dressed with thousands of pounds worth of flowers, candles and small gifts that I’d spent ages choosing. But how many people really noticed it – particularly given the amount of alcohol they’d consumed before even arriving at dinner? We also invited way too many people – some of whom we’re no longer in touch with. I look back and think maybe it would have been more appropriate to have just half of the 120 ‘friends’ we invited.

Today, as a mother of three who works part-time, with a house that needs constant attention, I’m well aware of the value of money. As fate would have it, we learnt that lesson the hard way before we even reached the altar. My husband was made redundant the day before our wedding.

Of course, by that point, everything had to be paid for. I’d presented lists of suppliers for him to pay in the lead-up to the big day. It was all far too expensive but by then there was no going back. Our only option was to just try and enjoy it.

We did and it was a magical day, but it could have been just as special at a fraction of the cost. Marriage isn’t about weddings; it’s what comes afterwards that counts.

Today, we are happily married, and my husband is back in work. But I occasionally think back to the money we spent on the wedding, and think longingly of the security it could have brought us when we really needed it.

I regret spending it, and I wish society didn’t keep encouraging brides (and grooms) to do the same. It’s not necessary, and the pressure to have a ‘perfect’ wedding can become too much. If my children marry, there’s no way I’ll be pushing them to have a ‘dream wedding’ like the one I had.

The box at the top of my wardrobe – with its barely worn lace gown buried in tissue – serves as a reminder to me, to make sure that my children don’t ever start their married lives with the financial regrets I brought into mine.