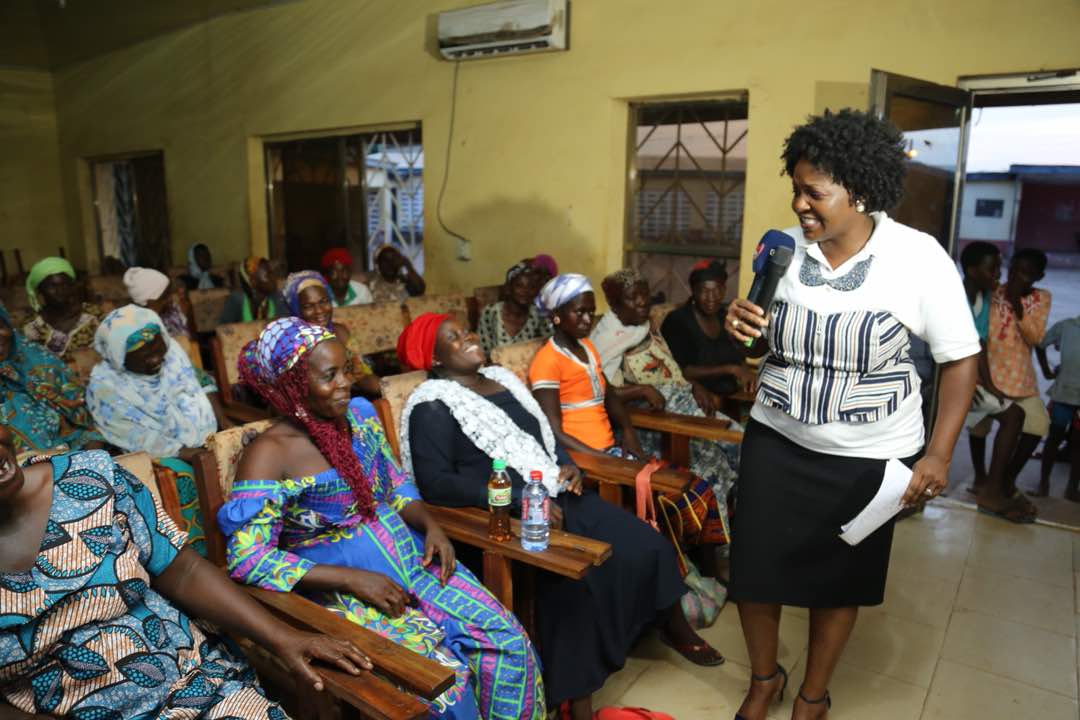 Women with disabilities in Yendi in the Northern region have received their share of the District Assemblies Common Fund (DACF) following persistent pressure piled on the authorities there by Starr Woman Project Dream Edition team.

For the past two years the disbursement of the DACF to the disabilities has been a mirage, with unenduring frustrating experience, shuttling between the Municipal Assembly, home and the PWD local office.

The allocation of the DACF for Persons with Disabilities (PWDS) had been in arrears for so many quarters without any explanation and any trace of hope. This had strained relations between the assembly and PWDs in the municipality who were deeply suspicious and mistrusted their local leaders.

The Starr Woman Dream Edition Project has been piloting in the Yendi and Savelugu Municipalities using various advocacy tools to improve the economic empowerment of women with disabilities in the Northern Region and for that matter the country.

A stakeholder forum the Project hosted earlier provided a platform for the Yendi Municipal Chief Executive Alhaji Abubakari Yusuf together with his officers to engage the PWDs in an open, constructive and result-driven discourse to resolve the misunderstandings and delays surrounding the management of their allocation of the DACF among other issues. 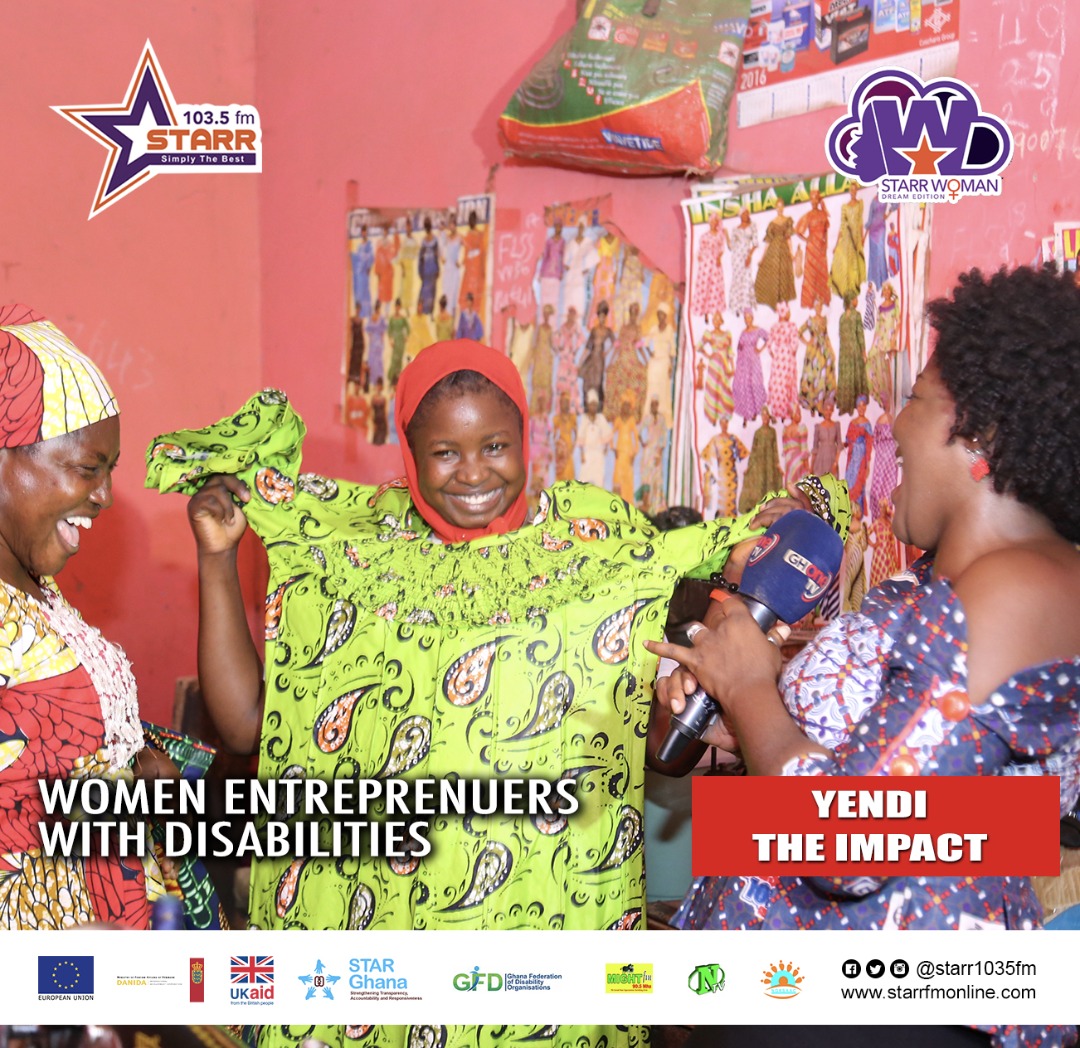 The forum shared the project’s baseline survey findings regarding gaps in the Municipality’s duty of care to the PWD women entrepreneurs in relation to the provisions of the 1992 constitution and the PWD ACT 715. The MCE responded positively, pledged among other things to swiftly and transparently disburse the fund to the beneficiaries as well as equip them with training and resources for business.

Starr Woman Dream Edition can confirm after follow up visit to the Municipality to track these promises that indeed the duty bearers have kept to their word.

Led by the Project Lead Eyram Bashan, the Team hosted the women with disabilities and some assembly officials including the Assistant Director Elvis Boateng and Social Welfare Officer Zakaria Alhassan to provide status report on the issue.

The Assembly’s Representatives reported that the allocation had indeed come and was duly disbursed to about 120 PWDs. In all 70 women and 50 men with disabilities benefitted with some receiving start-up capital up to 800 cedis each, ruminants for those interested in livestock farming, sewing machines for fashion designers among others. The PWDs also benefitted from business management skills training program organized by the Rural Enterprise Foundation unit of the Assembly.

Starr Woman Mentee with hearing and speech impairment Arahamatu Abdul Rahamdin who is also a Fashion Design Apprentice cheerfully flaunted her sewing machine saying, “now I can comfortably sew using my own machine to design”. 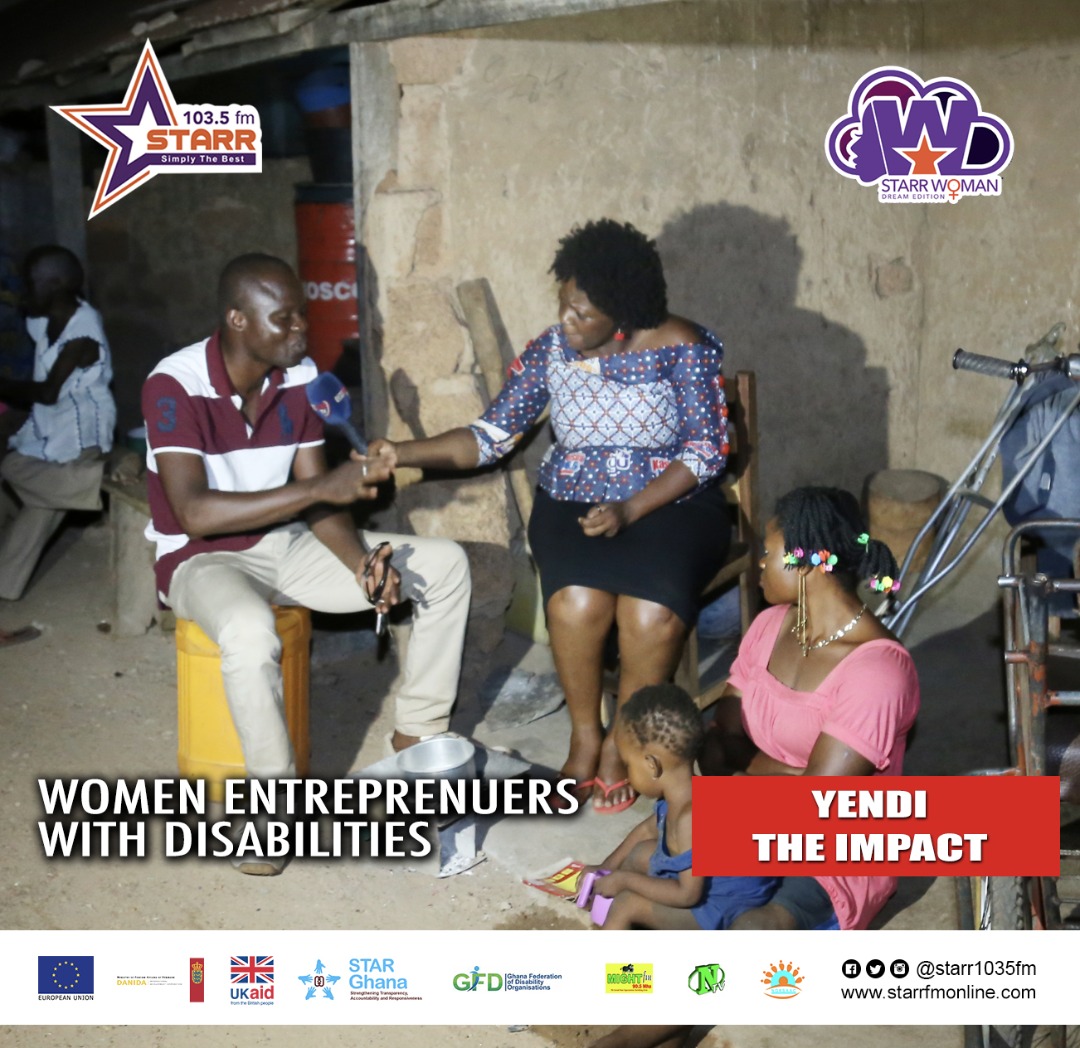 Another Mentee beneficiary Asana Adam who is physically challenged and owns a fashion workshop with students is planning to use her capital support fund to construct a decent shop to relocate her business from the open structure.

Mentee Fati Osman is excited about business prospects now that she has received ruminants and “rearing them for the boom religious seasons ahead is a financial reward I cannot wait to have”.

Elizabeth Nakoja is on the assembly’s waiting list for the next tranche but what she has witnessed with her colleagues has inspired her to be hopeful.

The Star Woman Dream Edition Project Lead – Eyram Bashan said she was humbled by the sheer success of their engagement of the leadership of the local assembly “their cooperation has been very assuring, we applaud their commitment to walk their talk – it’s showing us what’s possible when duty bearers act.

“Economic empowerment of women with disability is surely possible and Starr Woman is pushing to see this replicated across the country. Everything is possible and within our reach when we move beyond believing and act purposefully. Ghana wins when every citizen gets their share of national development, when every citizen participates in every sphere of life be it economic or otherwise. Disability issue is therefore a development issue.”

The Starr Woman Dream Edition Project also organized entrepreneurship mentoring session its Yendi class of mentees under the Star-Ghana gender empowerment and social inclusion program. In all the project is directly mentoring about 100 of such women with coaching and livelihood skills training, facilitating for them to access key government entrepreneurship and social services etc. in the Northern Region for the first year of the project.

STARR WOMAN DREAM EDITION PROJECT is Starr FM’s advocacy program funded by Star Ghana to address the systemic exclusion or marginalization of women with disabilities from economic spheres of the country.