Security analyst Adam Bonah has described as worrying Kennedy Agyapong’s GH¢100,000 bounty for information that will lead to the arrest of the killers of undercover journalist Ahmed Hussein-Suale.

The Assin Central lawmaker who has been accused by the public as responsible for the assassination of Hussein-Suale in a bid to clear his name announced the bounty Monday.

Hussein-Suale who worked closely with ace investigative journalist Anas Aremeyaw Anas to expose rot in Ghana football in an investigative masterpiece dubbed #Number12 was killed on Wednesday, January 16, by unknown gunmen whilst he drove home.

He was shot three times, twice in the chest and another in the neck, dying instantly, according to the police.

It comes months after the Assin Central lawmaker splashed his pictures on TV calling for retribution over his role in a football corruption probe.

Speaking on his Net 2 TV, the maverick lawmaker said: “It’s a human being that has died, no matter the mistake he has made, he has the right to live”.

“What I want to do is, anyone who can give information to assist in the arrest of the suspects will receive GHC100, 000 from me because it’s my reputation on the line.”

Bonah, however, rejected the gesture arguing that Agyapong is morally unfit to place a bounty on the killers of Hussein-Suale when he is the prime suspect in the murder.

“There’s everything wrong with the honourable MP’s gesture if you know what I’m talking about. First of all, he is a key suspect in this whole investigations and so if you are a key suspect, you are a person of interest to probably the police CID and the security agencies,” Bonah told Starr Today’s Atiewin Mbilla-Lawson on Monday.

“He’s completely out of order. You’re a prime suspect in this whole issue that has taken an international dimension…and so for him to come out when investigations, the security agencies, the police have just started with their investigations, I don’t know what the motive is, what Kennedy Agyapong is seeking to achieve, but to me, where I sit, it’s very…very worrying and unfortunate,” he added.

The Ghana Police Service had already interrogated Agyapong over the gruesome murder  of Hussien-Suale.

It followed calls by the lawyer of Tiger Eye PI, Kissi Agyabeng for the MP to be invited over some reckless comments he made, which according to the lawyer makes Mr Agyapong “liable”.

Starrfmonline.com further understands that the police has also requested a full recording of the video circulating on social media which had the MP calling for the slain undercover journalist to be beaten from NET 2 TV. 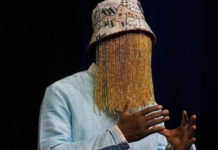 Suale: You have 21 days to clarify arrest, release of suspect – Group to IGP