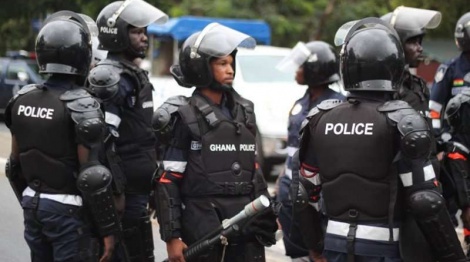 Four people have allegedly been shot at the Baweleshie polling centre in the ongoing by-election in the Ayawaso constituency following an impasse over the polls.

According to GHone TV’s Evans Nkoom, blood stains could be seen at the polling centre near the candidate of the opposition National Democratic Congress.

The injured have reportedly been taken out of the center.

According to NDC MP, a man was bartered and shot right in front of him.

” He was beaten and I could see blood running from his nostrils and then we shot. My information is that he passed on at the hospital,” he told Francis Abban on Morning Starr Thursday.

Reports say the chaos was triggered by some individuals suspected to belonging to a vigilante group associated with the NDC while others say they belong rather to the ruling NPP.

A man was briefly arrested and released by officials believed to be working with the National Security at a polling centre in Baweleshie for allegedly taking pictures in the ongoing by-election in the Ayawaso West Wuogon constituency.

The development, according to Starr News’ reporter on the ground, created chaos at the centre as voters argued over the seeming high-handedness of the security agency.

The by-election has been necessitated by the demise of the MP of the area Emmanuel Agyarko.

Mr Kyeremanteng Agyarko died in November at a hospital in the United States after a protracted ailment.

Political watchers say the polls is a straight fight between one of the late MP’s wive’s Lydia Alhassan and the NDC’s Delali Kwesi Brempong.

Meanwhile, Pollster Ben Ephson has predicted the governing New Patriotic Party may retain the margin of victory over their rival National Democratic Congress.

“In 2016, few months to the constituency elections in Madina, the NDC incumbent brought sand and stones on abandoned projects but that didn’t work any magic at all. He lost the elections. The gap between the NDC and the NPP in the Ayawaso West Wuogon Constituency by-elections is likely to be the same,” he said.

All high-profile cases have been resolved – Kan Dapaah 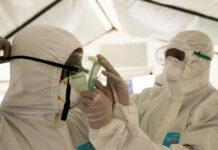