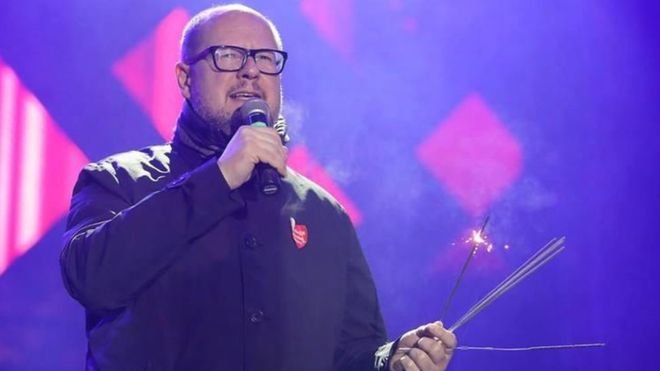 The mayor of the Polish city of Gdansk has died in hospital a day after being stabbed at a charity event.

Pawel Adamowicz, 53, was attacked on stage in front of hundreds of people on Sunday.

He was hospitalised for serious abdominal injuries and underwent five hours of surgery.

A 27-year-old with a criminal record has been arrested over the attack. Police believe he used a media pass to gain access to the stage.

Local television footage showed the suspect, who was recently released from prison, brandishing a weapon and shouting.

He reportedly said “Adamowicz is dead” and claimed he had been tortured behind bars.

Speaking on Monday, Poland’s health minister confirmed Adamowicz had died from his injuries.

Adamowicz was from Gdansk and had been the city’s mayor for 20 years.