The Minerals Commission has come under fire from the Northern Patriots in Research and Advocacy (NORPRA) over the deaths of “over 100” miners so far in the minerals-rich Talensi District.

Also coming under heavy pressure from the pressure group are the Ministry of Lands and Natural Resources and some policymakers whom the civil society organisation has accused of failing to prevent the fatalities the area has suffered in recent times.

The group came out strongly against the state institutions at a news conference held Thursday in the Upper East regional capital, Bolgatanga, a week after 16 small-scale miners died at Gbane after inhaling a toxic gas from a mining explosive reportedly blasted by the Shaanxi Mining Company Ltd, a Chinese firm operating in the district.

“NORPRA is a civil society organisation with the mandate of doing research and advocating for responsible mining for sustainable development among others. Irresponsible behaviour of some mine operators have over the years led to loss of over 100 precious lives of young people in the Talensi mining community of the Upper East Region of Ghana.

“The press, it is important to point out that the lives of these young people and other souls that perished before them in similar incidents in the past could have been saved if our policymakers and state institutions such as the Ministry of Lands and Natural Resources and the Minerals Commission particularly its Inspectorate Division were effective, efficient and responsive in the execution of their official mandate,” said NORPRA’s Executive Director, Bismark Adongo Ayorogo, in a press statement issued at the confab.

Citing an example to buttress the statement, the president said: “The Ministry and the Commission are fully aware of a serious conflict between one Kwesi Bantama and Yenyeya Mining Group but have over the years failed woefully to resolve the issue which is the reason for the loss of lives of these 16 innocent young people and putting all of us in this very painful and sorrowful state.”

Some officials of the Shaanxi Mining Company Ltd and the said Kwesi Bantama were arrested hours after the last Wednesday’s disaster over alleged involvement in the mishap.

But they were granted bail upon the arrival of the Minister for Lands and Natural Resources, Kwaku Asomah-Cheremeh, and some officials of the Minerals Commission in the region for an emergency tour of the disaster-stricken community last week.

NORPRA climaxed its presser with a strong call on the Ghana Police Service to prosecute those responsible for the killings of the young miners. It also urged Ghana’s Parliament to be “more sensitive” to public safety “in the passage of mining-related laws.”

“We wish to conclude by: urging the Inspectorate Division of the Minerals Commission to fast-track investigations into the matter and make their findings public; urging the Ministry of Lands and Natural Resources and, again, the Inspectorate Division of the Minerals Commission to be more effective, efficient, responsive and decisive in the execution of their core mandate; finally, calling on the people of Ghana who are peeved with this tragic incident to direct our anger and frustration to our state institutions including Parliament for failing in their actions and inactions to protect our interest,” the group pressed among other demands. 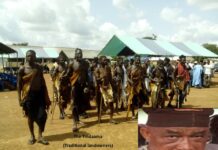 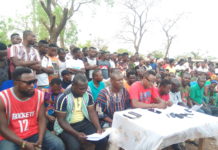