Former President John Mahama has taken a bold lead in the ongoing presidential primaries in of the NDC in the Western North region gathering 608 votes out of the total votes cast of 641.

He was followed in a distance by Prof. Joshua Alabi who only managed to obtain some nine votes.

Former President John Mahama’s popularity in the National Democratic Congress (NDC) will be put to test today as he battles six other aspirants for the flagbearer slot of the party ahead of the 2020 elections.

Over 260,000 delegates of the NDC will be voting across the 275 constituencies in the country to elect a leader who must win with a simple majority of the votes. 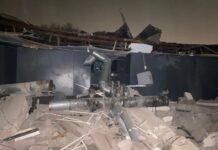