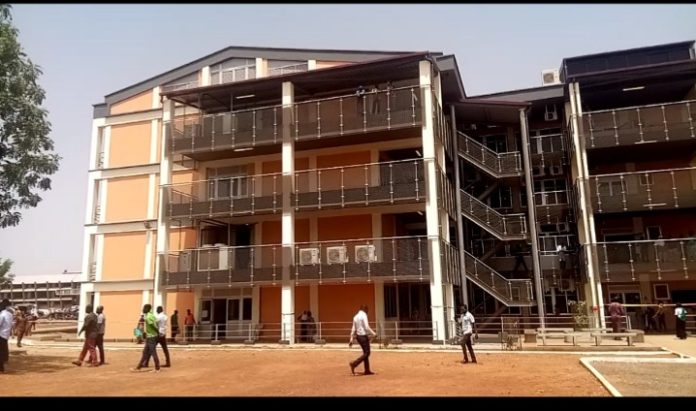 On February 24, 1974, the first regional hospital was commissioned in Tamale to serve as a medical centre for the northern sector of Ghana.

Eighteen years later, following an array of factors, including population size and increasing new form of infectious cases, it became necessary for the rehabilitation and expansion of the hospital to suit the status of a teaching hospital.

While preparatory works for the expansion project started in 2001 under former president J.A Kufuor, according to hospital files, sod cutting for the commencement of Phase I of the upgrading and expansion was done under late president Atta Mills in 2009.

By the end of the first quarter of 2013, the Phase I project had been completed by the NDC government.  It was a 400-bed capacity project which comprised facilities such as; General and Specialist OPD, Specialist and OPD Pharmacy, Accident and Emergency, Administrations blocks, Laundry and Tailoring blocks.

Six years later, a new Phase of the ongoing expansion and upgrading has also been completed and ready for use. It is the Phase II project which works commenced in 2015 under the same NDC administration with the final works being completed in February, 2019, under President Nana Addo Danquah Akufo-Addo. 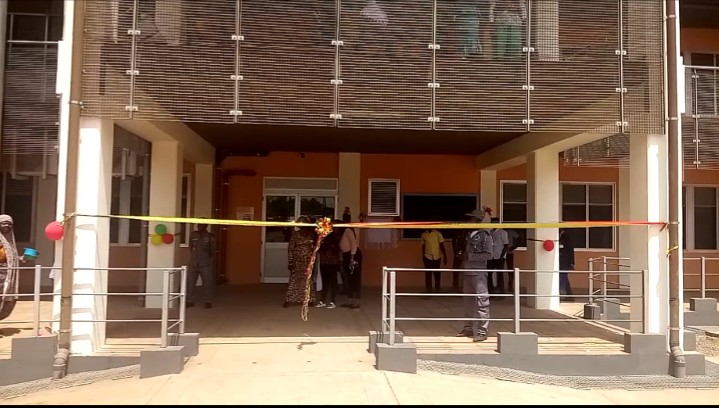 The following facilities are provided as part of the second phase of the project; Accident and Emergency Centre, Obstetrics and Gynaecology Block, Medical Block, Bulk Power Supply Centre and Oxygen Plant.

Speaking at a commissioning ceremony on Wednesday, February 27, 2019, acting Chief Executive Officer of the hospital, Dr. David Akolbila expressed the excitement of management and staff of the Tamale Teaching Hospital for the provision of “these state-of-the art” infrastructure.

He promised the facilities would also be put to “judicious use to improve health outcomes of the people within the catchment area”.

The Chief Executive called for improved staff attitudes and client- centered care coupled with enhanced appreciation of clients rights and responsibilities to be able to maintain the facilities to optimize service delivery, training and research.

Dr Akolbila continued; “Naa Chairman, in order to safeguard the investments and the show of good faith that successive governments have in the Tamale Teaching Hospital, it is imperative that we put in place and implement policies to institutionalize planned preventive maintenance practices to become part of our organizational culture”.

He also said, “in order to reduce high levels of equipment downtime, training for equipment users and staff of the Biomedical Engineering Unit have been instituted and will continued to ensure optimized, effective and efficient use of equipment”.

The CEO skillfully praised his administration for ensuring constant water and electricity supply and thanked the Ghana Water Company and Volta River Authority, adding he hopes these utilities providers will maintain the supply to ensure “optimal functioning of equipment and the hospital as a whole”. 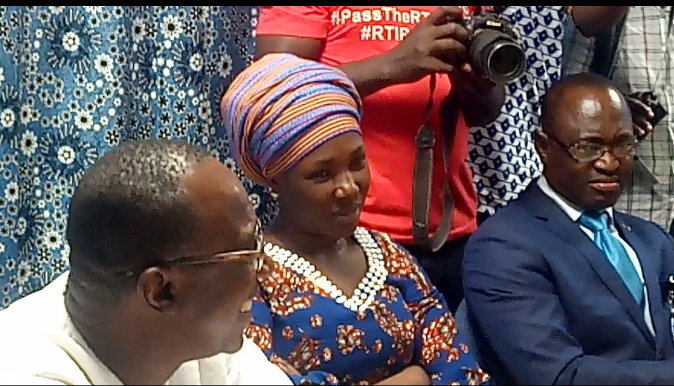 He revealed that management of the hospital is setting up a wellness clinic to encourage clients to come for regular health checks.  He said management through PPP arrangement has established a Trauma and Orthopaedics Unit to cater for the smooth running of neurosurgical, trauma and orthopaedic surgeries.

He proposed to the CIMU of the Ministry of Health to implement a periodic equipment replacement policy for all health facilities to cut down on the high costs of maintaining overaged equipment.

His proposal to the CIMU also includes the Unit to consider streamlining the brands of biomedical equipment procured for all health facilities in the country, which according to him will help Biomedical engineers specialize and become more proficient in their repair and maintenance of these equipment.

Dr. David Akolbila appealed to government, as a matter of urgency, establish a radio-oncology for comprehensive management of cancer cases in the teaching Hospital.  This, he said, “will help achieve the goal of becoming a holistic referral centre comparable to other tertiary facilities in Ghana and in the sub-region.

“It is also our hope that Phase III of the expansion works will be carried out to provide for Paediatics, Psychiatry and others”, Dr. Akolbila asked for more facilities.

The Health Minister Mr. Kwaku Agyemang Manu commissioned and handed over the facilities with a ribbon cutting ceremony on Wednesday, February 27, 2019.

The Health Minister who formally outdoored the project gave specific details of the edifice.

The minister said in a speech that, the spirit of the ceremony was to reinforce commitment of the government to improving healthcare nationwide and also in conformity with the Sustainable Development Goals (SDGs).

He also said; “the president called me one day and asked about Tamale Teaching Hospital; that he is foreseeing a situation where Dagbon will soon become a very peaceful place and he would want to have something to go and show to the chiefs – that, ‘this is my little support for you; for how come you’ve allowed me and my Eminent Chiefs, your patience and dedication for us to work together to work for peace in Dagbon”.

The Minister touched on the stalled staff housing unit project which was started at the commencement of the Phase I.  That project, according Kwaku Manu, included seven unit of flats and three unit bungalows.

“As common with most GoG projects, a good number of the blocks has still not been completed due to insufficient budgetary allocations”, prey minister said, promising further that frantic efforts to get the Finance Ministry to ensure financial allocation for the completion of the housing facilities for the staff.

“Owing to the critical situation regarding staff accommodation, government had earlier committed £400,000 to complete some these housing projects to ease the accommodation situation in the facility. Of the number mentioned, all three bungalows have been completed, six of the blocks of flats have also been completed and I will reiterate my assurance that government will make resources available to complete the last blocks of flats by close of the year.”

The minister however criticized management of the hospital for poorly maintenance of buildings and equipment of the Phase I. He said government wouldn’t waste further resources on constructing additional facilities if management were not able take good care of already exhibiting infrastructures.

“The biggest challenge facing the ministry is the maintenance of the hospital. It can be confidently reported that most of the Phase I facilities require renovation even though the buildings and systems are not up to five (5) years old.  The medical gas system constructed in Phase I completely broke down, necessitating the ministry to build a new medical gas plant as part of Phase II. The building which were held over earlier, especially the Obstetrics and Gynecology block and the mortuary as part part of this current Phase II have had their first share of misuse by some of our hospital staff. This is definitely not a good use of public goods”, the minister rebuked.

He called for public education for health care seekers to support the staff in keeping the place tidy.  He promised that government will pursue Phase III of the expansion works to include, a 130 bed Pediatric Unit, 30 bed Psychiatric Unit, Cancer Treatment Centre, Warehouse with Central Stores, Staff Accommodation, 30 beds poly clinics, Infectious Disease Treatment Center, Solid Fence wall for the clinical area, Maintenance workshops, and what have you”. 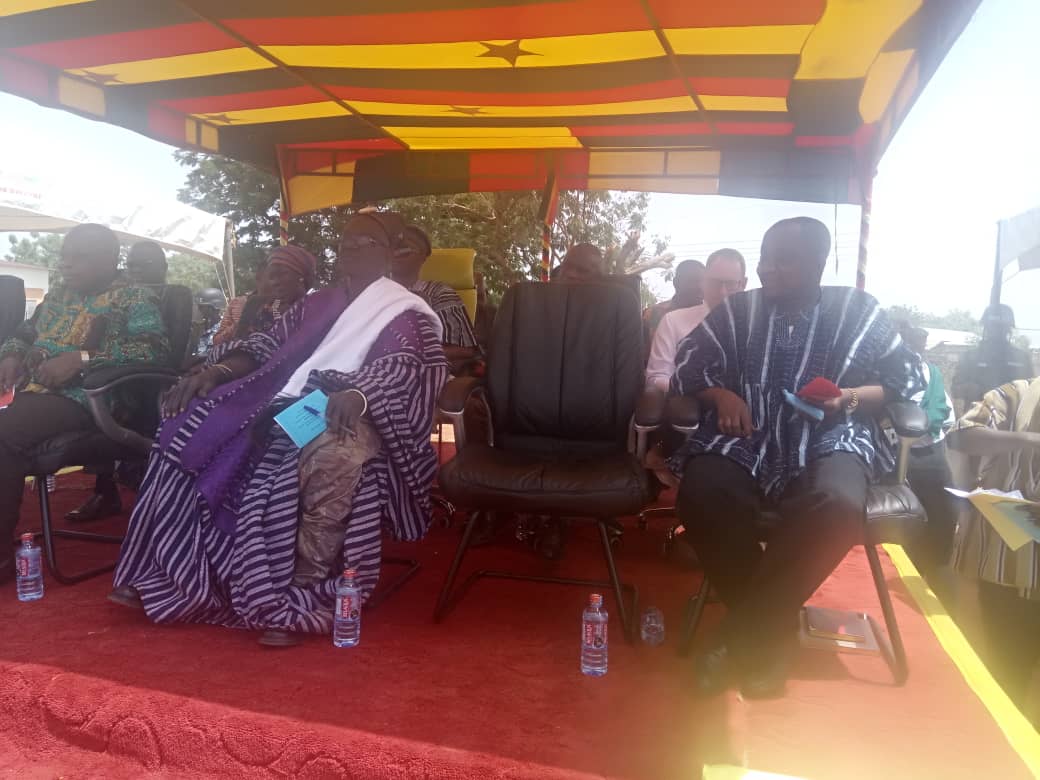 He also added that plans were already afoot to build regional hospitals for the newly created Savannah and North East Regions.

He ended his lengthy statement by thanking all the project actors, including, the capital investment unit of his ministry, Chief Executive and Staff of TTH, Mrs Osei Kufuor and Suhuyini and partners, Vamed Engineering, Consar Limited.

Before the commissioning event, the minister inaugurated an 11-member interim governing board to manage affairs of the teaching hospital.

The hospital had been without a board for over two years since members of the former board were forced by the change of government to abdicate.

Mr. Mahmoud Nasir Deen is the chairman of the board, however, little is known about him, even to staff and managers of the hospital. Napaga Tia, however, is a popular young politician and naturally born believer of the NPP tradition.

Straight from university, Napaga Tia joined to become a rookie campaign aide to the New Patriotic Party. She was quickly promoted to presidential staffer when the party won the 2016 General Elections.

Her fast growing political prominence and influence amongst other may be traceable to her late father’s alliance with the olden NPP.   Alhaji Tia Sulemana, a founding father of the NPP, was a powerful chief of Zosoli in Nanton near Tamale in the Northern Region.

The remaining include; the Dean of Medical School, Prof Francis A Abantanga and two others appointed based on their qualification and experience.  These individuals are Nana Agyei Mensah and Justice Eric Baah.

Speaking during the short inaugural meeting, the minister of health, Mr. Manu revealed that this new board maybe reconstituted in few months to come as parliament is considering amendment of clause 39 of the Ghana Health Service and Teaching Hospital Act 525.

“What that amendment seeks to do, the minister explained, is to change in the composition of teaching hospital boards, the membership. Because as we sit here(referring to the high powered engagement), is only me who is not a director. So it means all directors of the hospital sit on board and also sit on your management team, and that’s what the bill wants to stretch. So we may reconstitute if parliament approves the proposal cabinet has submitted to the house”

“If that happens, not only in Tamale, all the other Teaching hospital boards  that have been constituted would be actually changed.”

Nonetheless, the minister advised the interim board chairman not to encourage rumor peddling in his administration.

The minister said he expects the new governing body to move fast in working towards repositioning  the Image of the hospital away from bad press in order to regain the trust of health care seekers.

“We want to see change within a very short time the minister instructed. “There are those saying we are where  we’re because we didn’t have a board, so if we now have a board, there is no justification to continue to be where we are. People should see that the board constitution has brought some new ideas and change, therefore, Tamale Teaching hospital is not fining be seen as it used to be.

He also called for total cooperation and support from the staff.  The board conveyed its first meeting immediately after members were sworn into office by the health minister. 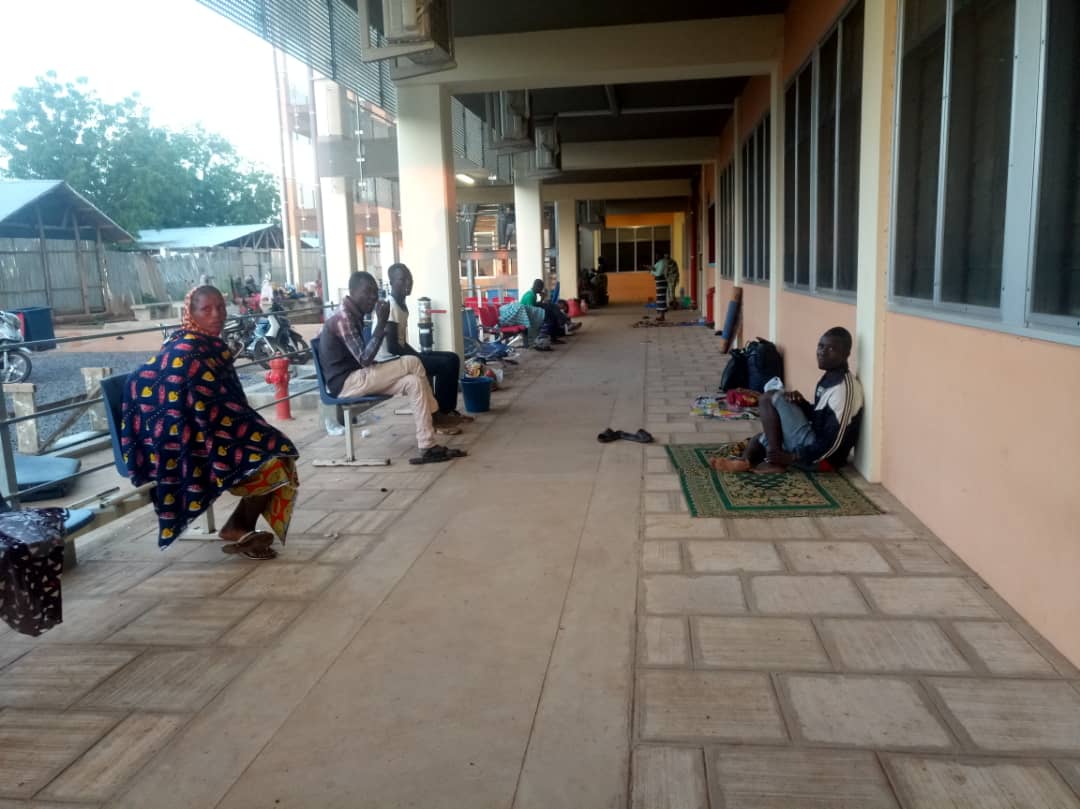 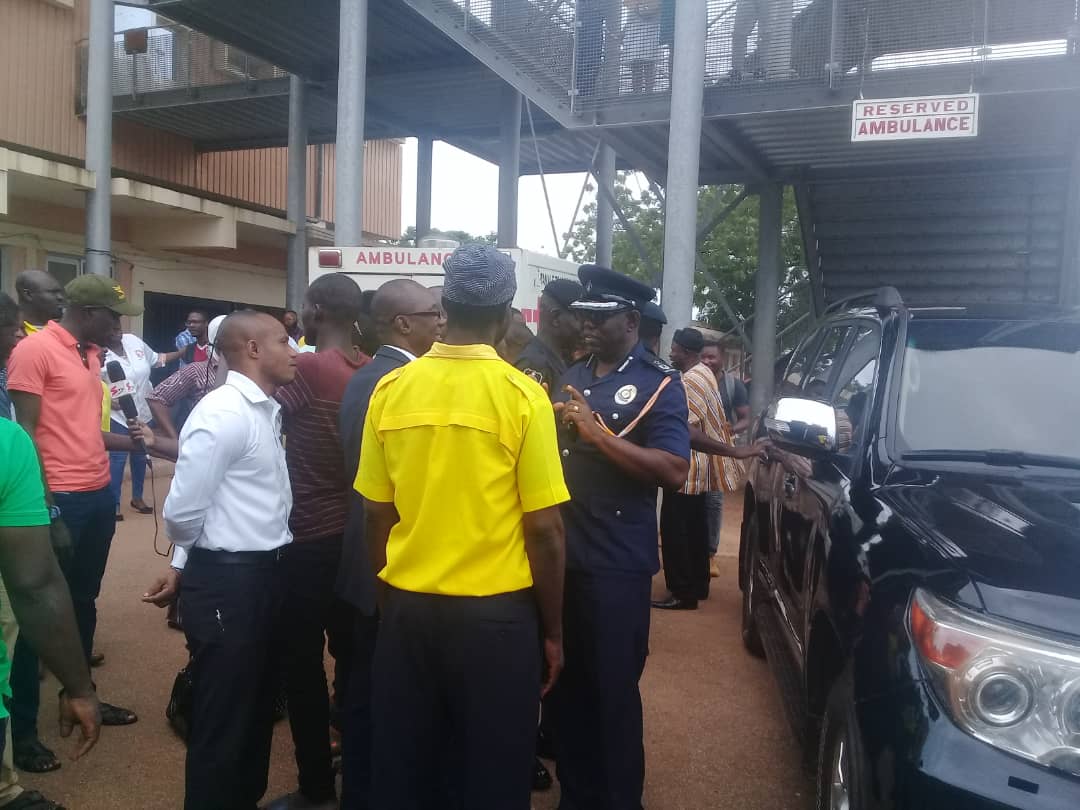