The group Chief Executive of investment firm Databank, Kojo Addae-Mensah, has revealed that the collapse of gold dealership firm Menzgold is having an effect on his firm.

According to him, some investors have panicked into withdrawing their investment with Databank out of fear of losing their monies as a result of the experiences of  menzgold customers.

Speaking to Starr News, Mr. Addae-Mensah said Databank is embarking on confidence-building measure dubbed ‘Time with the CEO’ to assure customers that their investment is safe with them.

“What happened was that after the menzgold issue, people were asking themselves where else they have investment and then they started withdrawing out of fear of losing it. We saw a spike in withdrawals. It was going up rather than the usual. This is out of the experiences they had elsewhere because they are unable to have access to their funds,” he said.

Customers of Menzgold have had their funds locked up since September last year after the Securities and Exchange Commission and the Bank of Ghana ordered them not to be taking on new customers.

The company has subsequently been shutdown while its CEO Nana Appiah Mensah is facing trial in Dubai after he was embroiled in a gold deal.

Government has however given the assurance it will liquidate the properties of the company in order to refund customers their investment. 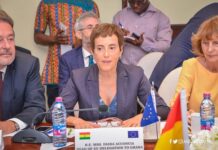 There’s no evidence of money laundering in Ghana – EU 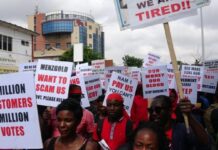