The Member of Parliament for Kumbungu Ras Mubarak has taken Parliament to the cleaners for remembering victims of cyclone Idai and New Zealand shooting while failing to do same for the Kintampo crash victims.

At least 60 passengers lost their lives in a head-on collision involving two buses on the Kintampo – Techiman highway Friday, 22 March.

The fatal crash occurred during the wee hours of Friday around 2am, according to the Police.

A mass burial was held for 35 people who were burnt beyond recognition in the bus accident on the on Saturday, 23 March.

Speaking to Starr News’ Ibrahim Alhassan Monday after the Minority called on Parliament to make financial contributions to support the victims of Cyclone Idai, the Kumbungu MP said he is “violently” disheartened for the failure of the House to observe a minute silence commiserating with the families of the Kintampo road carnage.

Idai has left close 800 people dead across Mozambique, Zimbabwe and Malawi and the death toll is expected to rise.

Calling for the contribution, the Minority spokesperson on Foreign Affairs Samuel Okudjeto Ablakwa said Ghana must voluntarily reach out to the three countries.

“This goes beyond solidarity and mere words…Mr. Speaker, I propose if it pleases you, that we all as Members of Parliament make voluntary donations in cash or in kind which we should put together and donate to our fellow Africans in Mozambique, Malawi and Zimbabwe who are in dire need of our urgent assistance,” he said.

Ras Mubarak in his interaction with Alhassan described without mincing words the call and the lack of recognition of the Kintampo accident as sad.

He said: “It is sad. Seventy of our compatriots have passed away and if we can’t spend 10, 15 seconds or a minute of silence to mark and observe and pay tribute to our compatriots who have lost their lives in this tragic circumstances we open ourselves to a lot criticism from the public.”

“I think that parliament has to be timeous in its response to issues and perhaps bend the rules when the rules need to be bent. We have all been saddened and there’s not anyone in this country who will say he has not heard that there was a gory accident that took the lives of many of our compatriots. So if a minute silent was not observed then it’s sad because we are representing the people and if the people are in a state of tragedy we should be seen timeous to be commiserating with them and showing concern,” he added. 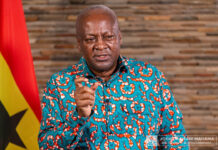 Mahama to respond to election petition judgement at 5pm today 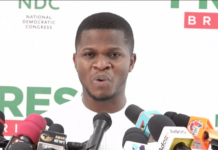