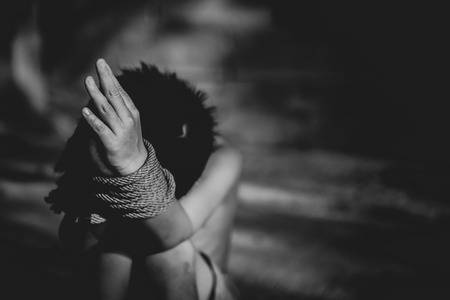 16 out of the 24 children who were trafficked at Didja Island in the Afram Plains North District have been rescued by a combined Police and Navy team, PRO of the Eastern regional Police Ebenezer Tetteh has confirmed to Starr News.

The victims age between six to 12 were reportedly trafficked from Kasoa and Weija area in the Greater Accra region to the Island Community to engage in fishing.

Nine suspects were on Saturday arrested by the “Operation Abrode” Security taskforce however the 24 alleged trafficked children are yet to be found after they were allegedly hidden before the arrival of the taskforce.

Information gathered by Starr News indicate that the Eastern Regional Police Command through its partners picked information about the trafficked children upon which undercover investigators were dispatched to the community for days to gather evidence.

After days of work, the undercover investigators managed to established the modus operandi of the suspects and got the identity of the victims.

The evidence triggered the Operation in the Community Saturday by the Security team made up of personnel of the Counter Terrorism Unit  and the Navy.

Starr News has also gathered that the nine suspects have admitted the offence.