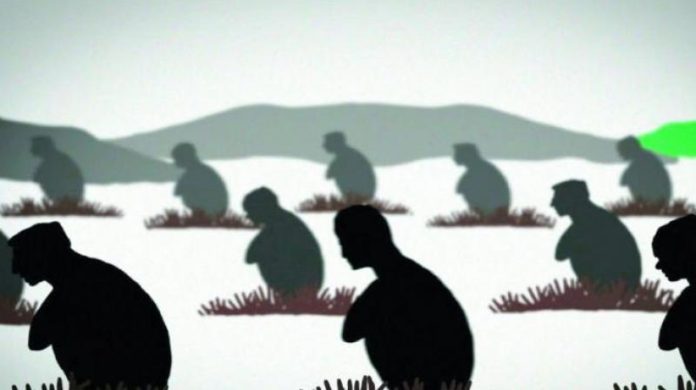 For the past decade, San Francisco’s streets and sidewalks have been increasingly plagued by piles of human faeces—and the poop problem is just getting worse.

The city officially put together a so-called “poop patrol” task force back in 2018 to deal with the problem, and some Bay Area tech bro even whipped up an app called “SnapCrap” to help city residents file dookie reports to 311, but it looks like the faeces crisis continues.

According to a new report this week from Forbes and non-profit watchdog Open the Books, the city had a whopping 28,084 reports of turds in 2018, up five times from what it was back in 2011. And there are already 6,676 faeces sightings on the books in 2019.

Open the Books also put together a handy map to plot out all the various turd sightings over the years, and, good lord, the thing just turns the entire city into a big mess of brown. 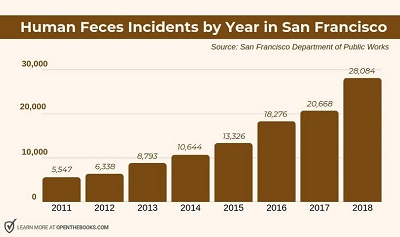 Of course, as the new report and that ghastly map that makes the entire city look like a turd itself show, the city’s ongoing human waste problem isn’t going to be solved by an app or some unfortunate city workers armed with pooper scoopers.

The real issue is San Francisco’s growing homelessness epidemic—and the streets will continue to run brown until the city’s unhoused population gets access to public bathrooms.

Meanwhile, while the city drowns in faeces, it’s also drowning in millionaires—and the number of ultra-rich tech bros moving in is only going to go up.

“Homelessness has been a constant in San Francisco, but income inequality has only grown. I would love to see more permanent housing-focused legislation introduced,” Jennifer Wong, who created a similar poop map, told Tonic in an interview last year.

“What’s important is the underlying issue—that those experiencing homelessness lack essential resources such as bathrooms. I believe that the one true solution is a housing first one.”