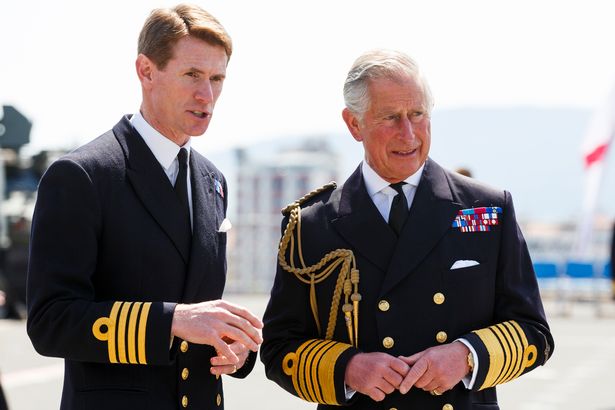 The captain of HMS Queen Elizabeth has lost his position due to ‘misuse’ of the vessel’s official car, according to reports.

Commodore Nick Cooke-Priest, 50, has been “assigned to a new role” after reportedly driving the Ford Galaxy for personal use at weekends.

Traditionally, captains of Royal Navy warships are given a car to be used as part of their official duties.

But a probe is said to have found Commodore Cooke-Priest guilty of an “error of judgement” before he was relieved of his duties as captain just days ago, reports The Sun.

Insiders claim he was never warned that using the car at weekends was a breach of protocol and that “an innocent mistake has cost the Navy one of its best.

A Royal Navy spokesman said: “We can confirm Captain Nick Cooke-Priest has been reassigned to a new role. We can only say that management action is ongoing and it would therefore be inappropriate to comment further.”

Commodore Cooke-Priest, who joined the Royal Navy in 1990, had only been in command of the 280-metre, 65,000-tonne vessel, described by the Royal Navy as an “awe-inspiring warship” capable of carrying up to 40 aircraft, since last October.

He was never warned that using the Ford Galaxy for personal journeys was in breach of rules, the paper reports.

A former officer told The Sun: “Nick adores the Navy and has lost his career by doing what captains have done for decades – using the company car to get home. An innocent mistake has cost the Navy one of its best.”

It is believed that major Royal Navy warships and their captains are loaned a car for use on official duties.

An investigation found he had used the Ford as if it was his own, and found him guilty of an “error of judgment”, according to The Sun.

He paid for the petrol and there is no allegation of fraud.

He had specialised as a Lynx helicopter observer after joining the Royal Navy. A decade of flying appointments followed, primarily at sea, and included an instructional tour and as Flight Commander of HMS Exeter.

He was promoted to Commander in 2009 and that year in HMS Kent escorted the Queen during a royal tour.

On HMS Iron Duke, he was deployed to the Arabian Gulf and in 2011 to Libya as part of Operation Ellamy.

Assuming command of HMS Bulwark, the Fleet Flag Ship, in January 2015 and leading the UK’s contribution to the Gallipoli centenary commemorations in the same year are other highlights of his successful career.

He is a married father of three sons and was awarded an OBE in 2016.