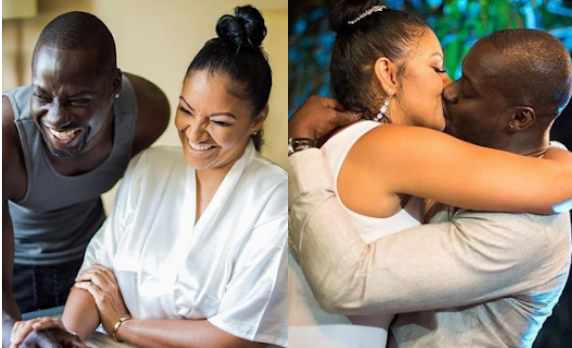 Greenbelt Police are still looking for a suspect who gunned down the wife of Ghanaian actor Chris Attoh last Friday.

It’s a case that spans two continents, has many layers and what police are now calling a love triangle — it’s not the kind of murder you usually see in Greenbelt — this is the first one the city has had this year.

“I don’t know what else to say,” one colleague told FOX 5 Monday. “It’s one of those things that leaves you speechless.”

People returning to work Monday say they are still shaken after their colleague, Bettie Jenifer, was killed in the parking lot off Ivy Lane as she left work Friday in what police believe to be a targeted attack.

Greenbelt Police say she was ambushed by the shooter as she was walking to her car. Police say he chased her through the parking lot, firing several times, hitting Jenifer once in the head, before taking off in a blue car.

“We are looking for a black male, middle-aged with a thin build. The only notable clothing that was described was a vest type, sleeveless top, black in color,” said police spokesman George Mathews.

Mathews says they are still determining the motive in this brazen attack.

What police have discovered is within the last year, Jenifer made international headlines when she married a famous actor in Nigeria and Ghana named Chris Attoh.

Meanwhile, it also turns out Jenifer was still married to her husband of 20 years and father of her two children, named Kedrick Jenifer — a man who is currently in prison after a 2015 conviction in federal court for drug trafficking.

Records show they started divorce proceedings in April, both claiming the other was unfaithful. However, investigators say it’s still too early to tell if either relationship has anything to do with Jenifer’s death.

“We are working in conjunction with multiple agencies, including federal agencies, that are assisting us and making their resources available to us as well,” said Mathews. “The fact this was in broad daylight in front of multiple witnesses, whoever did this it didn’t seem to matter to the person who committed this crime, so that in and of is extremely shocking.”

There are reports Attoh flew to Maryland from a film shoot in California after the murder but it’s unclear if he is still in the area. Police say he is cooperating, but say he hasn’t been down to the police station physically yet.

Attoh’s spokesman tells FOX 5 Attoh is in bereavement and has asked for privacy. 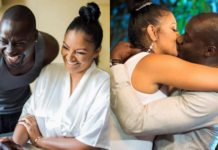