Hajia Alima Mahama who was addressing the media at the Meet the Press series in Accra Wednesday said the transfers have resulted in the provision of over 1,200 sub-projects; including educational infrastructure, health, water and sanitation facilities at the local level across the country.

On measures put in place to ensure that MMDAs improve on their Internally Generated Fund (IGF) mobilization, Hajia Alima Mahama said there was a review and issuance of the MMDAs Fee-Fixing Guidelines in 2017. She said the mechanism resulted in several MMDAs identifying new revenue items which hitherto were not in their books.

The Minister said her Ministry has developed a digital platform to simplify the issuance of Business Operating Permits (BOPs), in all the 29 districts in the Greater Accra Region. The automation and digitization, she said, is aimed at improving Ghana’s ranking (currently 114/190) in the ease of doing business.

“Additionally, a Construction Permit Software has been developed for Accra Metropolitan Assembly and Tema Metropolitan Assembly (TMA) under the Business Enabling Environment Project. In AMA, the software has “gone live” with full access to Users (Developers, Architects, Surveyors, Planners, etc), In TMA, Local Area Network and wireless network  is being installed and configured and will be completed this quarter; and this software will be deployed to other Assemblies, including Tema West, Ayawaso West, Ablekuma West, Krowor and Adentan Municipal Assemblies,” she added. 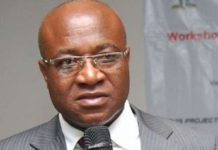 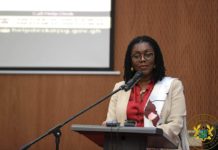