A seven-member Supreme Court panel presided over by Justice Julius Ansah, has pushed the delivery of its judgement in the case between the Dynamic Youth Movement of Ghana (DYMOG) and Finance Minister, Ken Ofori Atta as well as the Commission on Human Rights and Administrative Justice (CHRAJ) to the 4th of June 2019.

The Apex Court was expected to deliver its judgment Tuesday, 14th of May 2019. However, the registrar of the Court announced that the case has been adjourned to the new date.

In January 2018, DYMOG dragged CHRAJ to Court for overstepping its limits in the controversial 2.25 billion-dollar Eurobond issued to FT. DYMOG sued the Commission for clearing the Finance Minister of the allegation of conflict of interest in relation to the issuance of the government bond.

The group claimed that CHRAJ, in reviewing a petition on the controversial bond, decided to make some assertions on the matter that are ‘totally’ out of context thereby infringing the provisions of the 1992 constitution.

DYMOG in their lawsuit contended that the Finance Minister in issuing the $2.25 billion bond to Franklin Templeton placed himself in a conflict of interest situation because one of the directors of the US-based investment group Trevor Trefgarne was also a director of a company, Enterprise Insurance, owned by the Minister.

Among the reliefs, the group sought include, “(a) declaration that by going beyond investigations to make a pronouncement (of guilty or otherwise) on the 1st Defendant in respect of the allegation of breach of conflict of interest, the 2nd Defendant has contravened Article 287 of the 1992 Constitution.

DYMOG also sought a declaration that “by issuing or overseeing the issuance of the said bonds to Templeton without disclosing his relational interest with a director at Templeton, one Trevor G. Trefgarne, the 1st Defendant has acted in contravention of Article 284 of the 1992 Constitution.”

Mr Ofori-Atta, in February 2017, while the Akufo-Addo Government was still trying to jostle into place during the first 100 days grace period, hurriedly issued a bond on the blind side of everybody, including Parliament and the Attorney General.

At the time he issued the whopping $2.25billion bond to Franklin Templeton, President Akufo-Addo had not yet constituted his Cabinet, neither was there a Board in place at the Securities and Exchanges Commission (SEC) which was mandated to police such transactions. 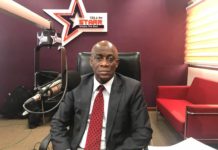 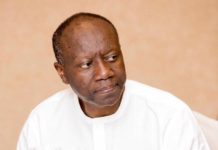 Gov’t collaborates with IPPs to resolve Take or Pay Contracts