Not all cases filed in courts are genuine. A number of the cases are aimed at blocking you from exposing more of the things you know and can tell the public about some corrupt powers who deserve free publicity. It is called SLAPP.

SLAPP means Strategic Lawsuit Against Public Participation. You should read more about it on the internet and you will grab more knowledge about SLAPP— a common weapon used by corrupt figures and their allies.

In a brief explanation, they seek to overwhelm you with heavy-fine lawsuits as a strategy not only to prevent you from creating public awareness or participation on the harm they cause to society but also to lower you in the eyes of the same society you seek to protect.

At times they need a wider company to execute their hate mission and onslaught operation against you. By using outright lies and half-truths, they succeed in influencing and recruiting some gullible persons, some ‘short-sighted’ persons who myopically see them as superior intellectuals, some unstable minds, some persons who adore them for their wealth and gifts, some persons who incurably just worship villains for fear of being criticised or hurt by them, some opportunists and some persons who already want your downfall to form a bigger alliance for the mission. But fact is they don’t always succeed because those who know who you are and who they are know how to handle them.

At times they succeed when a judge is prejudiced and compromised. At times they meet their Waterloo when in charge of the case is a clean judge who will not have his robe and wig soiled even if they attempted to give him all the cash in the World Bank to punish a guiltless soul!

In any case, the fear of a judge being biased should not stop you from putting up a defence. Yes, the language around the lawsuit and some toxic opinions coming from within and from without can delude you into thinking you are wrong. But you are not wrong; you only need to be strong. And, based on that unchangeable fact, be ready to travel every step of the way with them even if the journey ends in jail.

I am talking from a tough experience. I have been ‘SLAPPED’ twice and, as long as I live doing what I must do, I should expect more ‘SLAPPs’. Be stubborn for justice. For justice be radical. And, for the sake of justice, be consistent. If you ever bow to darkness, you are a disgrace to light.

There is one thing that is common with all true freedom fighters and pro-justice advocates: their hearts are made of steel. That is why only a steel can stop them. You can’t let justice down! Don’t fear rejection. You will never find true affection if you fear rejection. You do not need some people around you; you should know that. Grow up and never stop growing.

The more you discover yourself the more you also uncover what you need and what you no longer need! You are not here for pleasure all your life. Show me a self-seeking man who did not die after enjoying all the pleasure the world could offer and I will show you a man who stood for the truth and defended justice all his life and regretted after he died! You are not here for pleasure! Don’t joke with your credibility. So long as you are not WRONG, be STRONG! 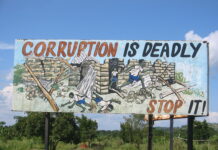 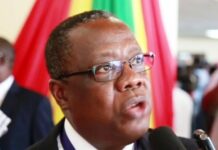