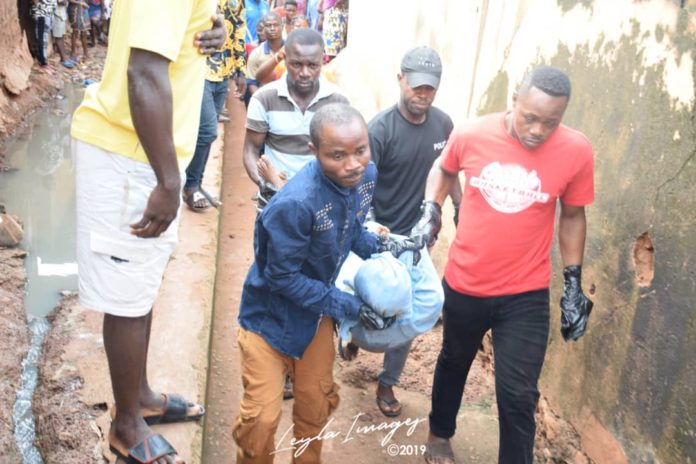 A young woman believed to be 23 years old has been murdered and dumped into a gutter at Agormanor, a suburb of the Lower Manya Krobo Municipality of the Eastern Region.

The deceased only identified as Sandra, is suspected to have been strangled to death by her unknown assailant.

Her body was retrieved Sunday morning by the Odumase Police and deposited at the Atua Government Hospital Morgue.

Information gathered indicates the deceased who was a mother of a three-year-old child went out with her boyfriend at night but did not return only for her lifeless body to be found dumped in a gutter.

Eyewitnesses say though she was wearing a dress when found, in the gutter, she did not have her pant on. Also, there were marks of assaults around her neck suggesting she was strangulated.

Odumase Police have commenced an investigation into the incident which happened barely a week after a suspected thief was lynched and dumped into a gutter in the area.

Two suspects including the supposed boyfriend of the deceased have been arrested assisting investigations.