Ghanaians surveyed in the latest report by the University of Ghana have named Education Minister Mathew Opoku Prempeh as the most performing minister in the Akufo-Addo government.

He was followed by the Agric minister Dr. Owusu Afriyie Akoto.

The Survey conducted by the Political Science department at the University of Ghana also sampled views on Members of Parliament and what the impressions of the voters were on them. 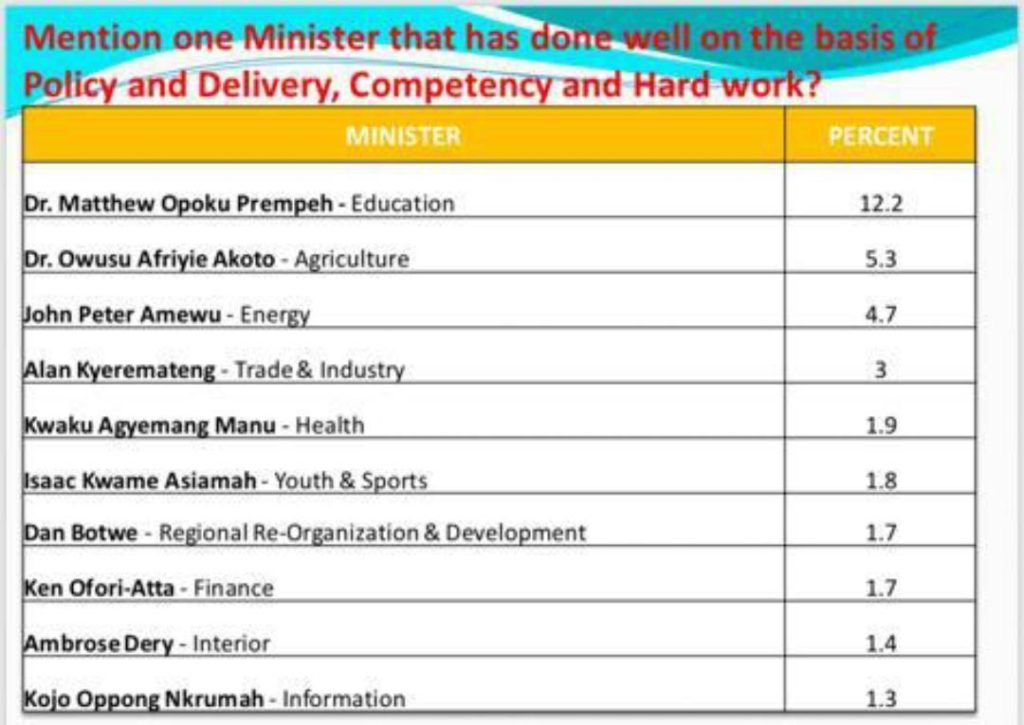