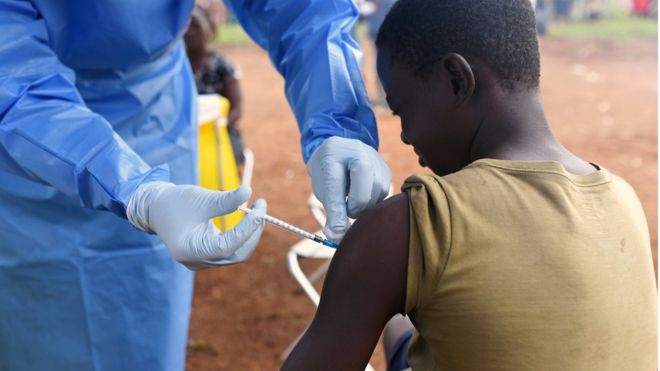 The head of a major medical research charity has called the latest outbreak of Ebola in central Africa “truly frightening”.

Nearly 1,400 people have died in the Democratic Republic of Congo.

Dr Jeremy Farrar, the director of the Wellcome Trust, said the epidemic was the worst since that of 2013-16 and has showed “no sign of stopping”.

Two people have also died in neighbouring Uganda, the first cases of Ebola reported in the country.

A five-year-old boy infected with the virus died on Tuesday and a woman died on Wednesday, the Ugandan health ministry said.

The Ugandan government has reported at least six other suspected cases of the virus.

In a statement, Dr Farrar said the spread was “tragic but unfortunately not surprising”. He warned that more cases were expected, and a “full” national and international response would be needed to protect lives.

“The DRC should not have to face this alone,” he said.

What’s the situation so far?

Since the first case of Ebola in the DRC last August, nearly 1,400 people have died – around 70% of all those infected.

The outbreak is the second-largest in the history of the disease, with a significant spike in new cases in recent weeks.

Only once before has an outbreak continued to grow more than eight months after it began – that was the epidemic in West Africa between 2013-16, which killed 11,310 people.