Keta was once a viable trading community in the Volta Region of Ghana. The trading activities involved buying of goods and services among other businesses that boosted economic activities there.

Another significant attribute was the existence of Fort built by the Dutch in the 17thcentury designated for slave trade at the time. Commercial activities were prominent until the entire township began experiencing destructions by high tidal waves

This phenomenon has not changed till date as successive governments continue to grapple with development issues that were required to improve on the socio-economic wellbeing of the people of Keta.

Bringing back economic activity in Keta is the most important concern for every citizen from the area and therefore any attempt to undermine such development efforts will be unacceptable.

Mr Glover explained that the appointee would serve as a link between major stakeholders to supervise the actual construction of Keta Port. The idea to construct a Seaport in Keta is a laudable one and I believe, that has been a major concern of residents of Keta and its surrounding communities.

Keta for the past decades has suffered from activity of High tidal waves, which destroyed physical structures, lives and much other property. In fact, since 1960 to date, Keta and its surrounding communities have been experiencing severe sea erosion problems.

Flooding and erosion affected the social and economic lives of the people and to a large extent destroyed their cultural heritage. Large portions of the land that served as habitat in the past were cut off completely into the Atlantic Ocean, a situation that caused most people to migrate to the big cities and towns. Others found their way to neighbouring Togo, Benin and Nigeria to engage in fishing activity.

In order to preserve the remaining land space and ensure that human lives are protected, the government under former President Jerry Rawlings, secured a facility to construct the Keta Sea Defence Project (KSDP)

The Keta Sea Defence Project (KSDP) was aimed at controlling the release of periodic floodwaters from the areas surrounding the Keta Lagoon to the Atlantic Ocean, to protect life and property from being destroyed and to avert the increasing loss of land as a result of erosion.

A feasibility study for the project commenced in 1997, as part of efforts to adapt to the severe erosion and to protect the environment. Subsequently, an 85 million dollar Keta Sea Defence Project (KSDP) was undertaken between 1999 and 2004.

The project was funded by the EXIM Bank of the United States of America, with the Great Lakes Dredge and Dock Company also of the United State as the contractor. The project activities centred on stabilising the shoreline, Preventing inundated of inhabited areas by the sea and preventing flooding from the lagoon (WB report).

This was a major step by the government of Ghana to address the concerns of residents of Keta and its environs.

It is significant to note that former President John Agyekum Kufuor also facilitated the completion of the KSDP, which partially brought back life and economic activity to the people.

Ironically, when this project was completed, erosion of the coastal area became more eminent and threatened lives and physical infrastructure in Akplorwotorkor, Dzita and Anyanui all in the Keta Municipality now Anlo District.

In the light of this, former President J.E.A Mills directed the Ministry of Water Resources, to supervise the construction of a new Sea Defence that covered more communities such as Dzita, Akplorwotorkor, and Anyanui, all in the newly created Anlo District to protect the area from the menace of high tidal waves.

An Israeli construction firm Amandi Company Limited was contracted to construct the new Sea Defence that was estimated to cost USD 54 million. It involved the construction of seven groins into the sea, construction of boulders on the shoreline to stop the sea from reaching the roads and communities.

It also involved a two-kilometre road and wire mesh to protect the coastline against high tidal waves. This project was another major intervention by the government to save the people from further flooding and displacement.

The establishment of a Sea Port in the Keta Municipality has been one of the major needs of residence. Indeed, successive governments continue to promise the Chiefs and people of the area about their quest to construct such facility so as to improve the socio-economic wellbeing of the people.

Any effort by any government or individual to construct a Seaport in the Keta enclave will be highly appreciative by the people. It has been the aspiration of the Chiefs and people to be given a Seaport that will rejuvenate economic activity in the entire coastal stretch.

The continuous destruction caused by the sea motivated some individuals including; Raymond Okudzeto of blessed memory, to lead the Private Sector that conceived the idea of establishing a Seaport in the area. Raymond Okudzeto was the founder and President of Volta Foundation, a Non-governmental Organisation that spearheaded the promotion of the project.

A feasibility study report carried out by the NGO and a private engineering firm on the proposed Keta Harbour was presented to the Technical Officials of the Ghana Ports and Harbours Authority (GPHA) in December 2012 at Tema. The project was estimated to cost 365 million United States Dollars.

This package was arranged under a Public Private Partnership (PPP) agreement with DY Engineering, an international South Korean firm to carry out the main construction of the port.

The then Director of GPHA, Jacob Adorkor requested some modifications in the drawings adding that the GPHA as an implementing agency saw the need for the construction of the harbour due to the huge Oil deposits in the Keta Basin. This effort, however, did not materialise to the disappointment of the indigenes.

In another development, a Ghanaian private investor, Joe Onyame in 2016 established a landing berth at Anyanui in the Anloga District that was to create over 2000 jobs for the citizenry.

The project was the first of its kind in the area. It was designed to include a Fishing Boat Manufacturing Centre, Cold Store, Market, and Fish Processing Centre among other facilities that will meet International Standards according to the investor.

About 14 modern fishing boats were manufactured as part of the first phase of the project in 2016. The Ghanaian company, Omanye Ocean Fishing, entered a five-year agreement with a China Consortium to provide technical support for the local folks that will be engaged.

Unfortunately, the project was stalled because the company was not issued with an operational licence when the then administration lost elections in 2016.

In June 2017, the Minister for Fisheries and Aquaculture, Madam Elizabeth Afoley Quaye, with officials from the Ghana Ports and Harbours Authority (GPHA), closed down the facility as part of a nationwide exercise to clamp down on illegal landing berths/ports across the country.

Hopes and aspirations of the Chiefs, fishermen and the entire Anlo and Keta communities were dashed as yet another effort to bring development to them ended in such circumstances. Fishermen from Atiteti, Dzita, Anloga, Kedzi, Srogbe, Agbledomi, Tetekorfe, Abutiakorfe and other fishing communities within the catchment area were going to be the immediate beneficiaries.

The New Patriotic Party (NPP) in the last electioneering campaign also gave indications of the party’s willingness to construct a Seaport for the people when the party wins political power.

In fulfilment of this promise, the Minister for Fisheries and Aquaculture, Madam Elizabeth Afoley Quaye, first announced at the launch of the 2019 Norvikporgbe Za at the British Council in Accra that President Nana Addo Dankwa Akufo-Addo had signed an Executive Instrument to allow work to commence on the Port of Keta.

Residents of Keta and the Volta Region at large received the announcement with rapturous acceptance and Joy. This commitment by the President and government appeared to be the most important decision by a government towards the long-awaited Keta Port, which has eluded the people for decades.

However, the appointment of Dr Alexander Y. Adusei as Director of a non-existing Keta Port by the President of the Republic brings doubt in the minds of many particularly for those who hail from the community due to their past experiences and disappointments.

The reactions and mixed feelings exhibited by the people towards the government’s appointment of a Director must not be seen as a rejection of the project, rather a demonstration of what has been denied them for far too long.

I however urge the Political Authorities, the Chiefs, Queen mothers, Fishermen, Fishmongers, Drivers, Teachers, Seamstresses and Tailors, opinion leaders to work together and pursue a common agenda that will encourage the government to commence the construction of the Keta Port which will inure to the benefits of all and reduce the suffering of the people.

I am calling on all stakeholders particularly the political actors, to desist from any attempt that will impede the effort of constructing a Seaport for the people.

I have personally witnessed the destruction of lives and property in the area. The sea does not know an NPP or NDC sympathiser.

Leaders in the area should by now put together a technical team that should involve engineers with the requisite knowledge and skills that can liaise with officials that will engage in the actual construction on behalf of the people.

The NPP and the NDC should forge ahead in unity and see to the full construction of this project.

I will also use this opportunity to appeal to the President Nana Akufo-Addo and the government to proceed with the construction of the Keta Port to help bring back the lost glory of Keta especially in terms of trade, which has eluded the people for decades. 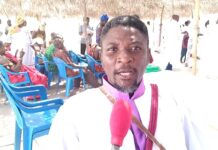 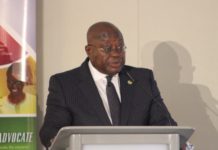