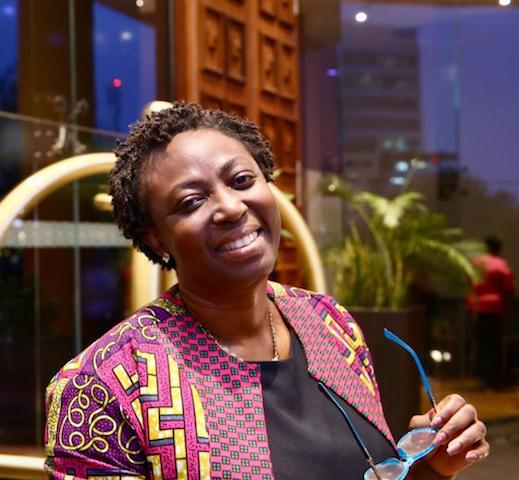 The Group Head of Communications of Jospong Group Limited, Sophia Lissah, has said Zoomlion has over the past 13 years, put in place “innovative sustainable interventions” towards the curbing of air pollution in Ghana.

Speaking at a symposium organised by the Ministry of Environment and its agencies to commemorate this year’s World Environment Day on June 5 under the theme: ‘Beat Air Pollution’ she enumerated detailed practical input that Zoomlion has made to positively impact the environment in which we live.

Ms Lissah listed some of the causes of air pollution to include indiscriminate burning of waste, improper disposal of electronic waste, discharge of liquid waste into water bodies and landfilling, among others, and disclosed that “Zoomlion had over the past 13 years provided a sustainable integrated waste management solution covering the entire waste cycle of storage, collection, transport and treatment”.

She pointed out that in the area of collection, the company has and continues to harp on the need for every household to have waste bins. Zoomlion in this regard is distributing one million bins under its “One Household One Bin” campaign. The objective, she said, is to ensure that at least one million homes in the country properly dispose of waste and build that culture in the younger ones. This intervention will stop people from indiscriminately burning their waste to pollute the air.

“According to the 2010 population census, Ghana was inhabited by a population of 23 million and a growth rate of 3.5 per year. Current estimation put the population of Ghana at almost 30,000,000. The growth in population continues to put pressure on environmental sanitation as waste management continues to be a challenge for Ghana despite the improvements over the years.

“With solid waste generation rate at 0, 47kg/person per day about 14,000 tonnes of municipal solid waste is generated a day translating to about 5,000,000 tonnes per annum. The 2010 population census also reported that household waste disposal options were few as 37.7 per cent of waste were disposed of at public dump sites while 14’4 per cent was collected through door-to-door services, with 10.7 per cent being burned,” she emphasised.

“This consists of compaction trucks, roll on roll offs, motorised tricycles, skip trucks as well as long haul trucks. With most people opposing the siting of waste management facilities close to their vicinities, this further increases the distance for transportation, especially in urban areas. Transportation of waste can lead to emissions of dust, NO, SO2 and release of hazardous substances from accidental spill. The use of over-aged trucks further worsens the emissions,” she observed.

Additionally, she said Zoomlion has constructed two transfer stations in Teshie and Achimota to ensure that waste from homes and other public areas is not sent directly to the landfill site causing a nuisance and polluting the air with the stench as it is transported. All the waste is thus sent to the transfer station where it is properly compacted and transported in a safer way to a landfill site.

Ms Lissah explained that landfill is one of the disposal sites for solid waste. Several levels of landfilling exist, including open dump sites, controlled dump sites and engineered landfill sites. Open dump sites do not have any measures to protect the environment, these may lead to emissions of methane and carbon monoxide odours. Methane from landfills represents 12 per cent of total global methane emissions. Methane is a greenhouse gas with a high global warming potential. These conditions are better reduced in controlled dumpsites as well as engineered landfill sites.

She indicated that to reduce the amount of waste that goes to the landfill and other dump sites, Zoomlion Ghana Limited established the 600-tonne Accra Compost and Recycling Composting facility at Adjen Kotoku, near Nsawam. Composting is the controlled decomposition of solid waste to produce a soil amendment product of agricultural value. The company in April also inaugurated the Accra Waste Recovery Park at the Korle Lagoon Ecological Restoration project site with Recycling and Compost facility that has the capacity to recycle close to 400 tonnes on a 16-hourly shift, adding that plans are far advanced to introduce similar plants in the urban areas in Ghana.

Regarding the disposal of liquid waste, she said the company through the establishment of the modern state-of-the-art sewerage system had solved the 100-year-old Lavender hill problem, where liquid waste was indiscriminately discharged into the sea and the lagoon producing a stench that polluted the entire airspace. 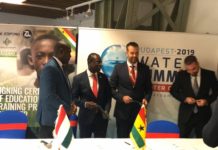 Jospong Group secures over €20m for dev’t in Ghana 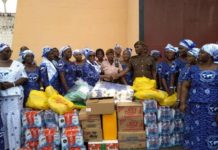 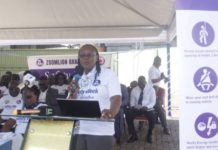