Africa Cup of Nations debutants Madagascar is not a team Tunisia should take lightly in the quarter-finals, according to Naim Sliti.

The Eagles of Carthage, who won the continental competition for the only time in 2004, have made it to the last eight without winning a game outright – their victory over Ghana in the last 16 only came via a penalty shoot-out after a 1-1 draw.

Tunisia’s reward for eliminating one of the tournament heavyweights is a last-eight tie against surprise package Madagascar, which they are strong favourites to win.

But attacking midfielder Sliti insisted there is still plenty of room for improvement and he is not taking anything for granted.

“I think we reacted against Ghana after the poor group matches we played,” he told Goal. “I knew we were going to bounce back.

“We have to continue like that. We must not be carried away by this victory. It was difficult. We need to fix our mistakes, like what happened when we were leading Ghana 1-0.

“We were playing too much at the back. You must not do that. We will continue with our preparation. There is a huge game ahead. By God’s grace it shall be fine.”

Madagascar have defied the odds to make it this far in the competition, having defeated Democratic Republic of Congo on penalties in the last 16 after toppling a much-fancied Nigeria to finish first in Group B.

And with opponents Tunisia yet to impress in Egypt, Anicet Abel is confident Madagascar can prolong their dream run and possibly lift the cup.

“We are happy with the victory over DR Congo and it shows that we are capable of winning the Africa Cup of Nations,” he said.

“Now that we have scaled the Congolese hurdle, we will work very hard for our next game. With our players and great staff, we’ll do everything to go as far as we can.”

Madagascar have scored seven goals in their four matches in Egypt and Nomenjanahary has played a direct role in two of their four most-recent efforts, netting one and setting up another.

Saint-Etienne winger Khazri failed to make a telling impact against Mauritania or Ghana, but he has scored two of Tunisia’s last four goals in the Africa Cup of Nations.

– Madagascar are the first team to reach the quarter-finals of the Africa Cup of Nations in their first participation since Cape Verde in 2013.
– Tunisia will play the their 10th AFCON quarter-final. They have failed to advance in their past five appearances at this stage. 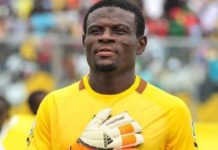 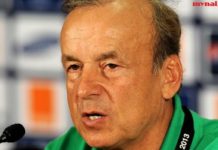 Asiamah to face Parliament over AFCON showing next week