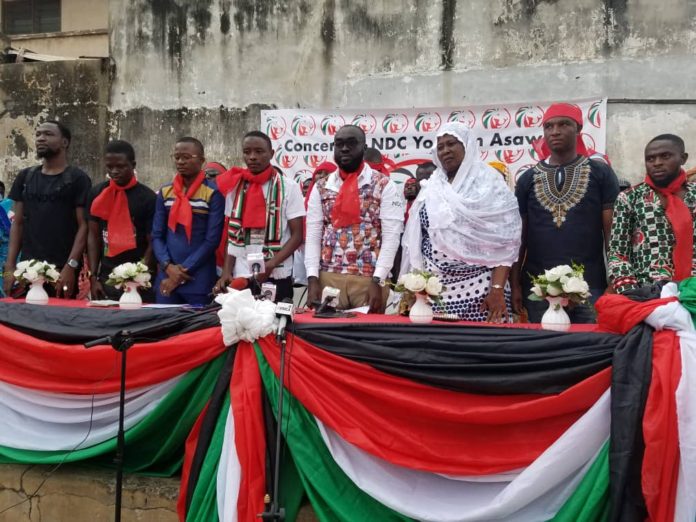 According to an executive member of the party, who spoke with Ultimate FM’s Isaac Justice Bediako, on condition of anonymity, the executives of the party at a meeting decided not to sell the forms to him because he is under suspension for violating the constitution ahead of the upcoming parliamentary primaries.

“As for Masawudu Mubarack, it will take the national executives of NDC to annul our resolution not to sell the parliamentary primaries forms to him. A suspended member of our party can’t contest any recognized elections of our party. He misbehaved and we wrote to him to explain why he is doing that and he refused to respect the party structures’’ he revealed.

He added: ’’ It’s against the party’s constitution as parliamentary candidate hopeful to start campaign while the party has officially not opened sale of nomination forms or think of publishing guidelines for the entire election, yet Masawudu was busy campaigning to cut everything short, he can’t contest in the election’.

“My brother, let me tell you, if we play with this issue NDC will lose the Asawase Parliamentary seat, I’m happy that, Alhaji Tabsoba lead a delegation to meet us on this matter. Currently national has taken interest in the issue and I hope their next action on the matter will represent the interest of the party. However, not withstanding, we must not promote indiscipline in the party else it will cause us tomorrow’’.

Meanwhile, some angry concerned Youth of Asawase NDC at a news conference in Kumasi warned they will consider defecting to the NPP if their preferred aspirant hopeful is blocked from picking  nomination forms both at the constituency and the regional office of the party.

Salihu Fatiu, spokesperson for the group called on the national executives of the party to order the constituency chairman Alhaji Mutum, regional secretary Kwame Zu and Isham Alhassan to abstain from all activities concerning the Asawase parliamentary primaries.

“we are saying this because the three people mentioned have already demonstrated their bias towards our choice therefore they can’t be trusted. We trust the national executives will heed to our concerns,’’ Lalihu pleaded.