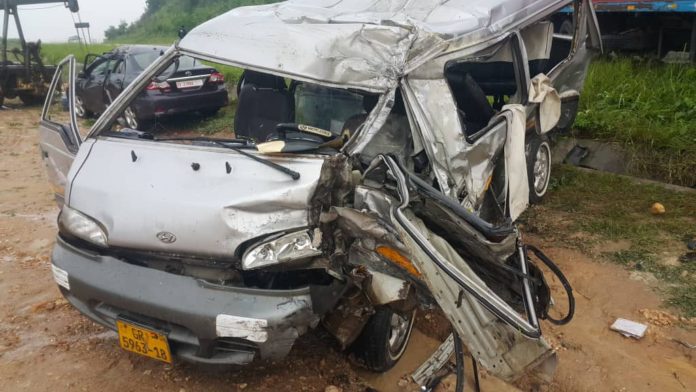 At least eight vehicles have been involved in two separate chain reaction accidents on the Eastern region stretch of the Accra to Kumasi Highways injuring scores of passengers with some in critical conditions.

The two separate accidents occurred at Kyekyewere and Akyem Sekyere Junction stretch of the road.

The first accident at Kyekyewere happened when an articulated truck with registration number AS 3409 -12 from Kumasi collided with a Hyundai vehicle with registration number GR 3963-18 onboard with passengers from the opposite direction after an overtaking by the truck driver. Dozens of passengers in the Hyundai vehicle as well as a driver and mate in the truck sustained various degrees of injuries and were rushed to the Suhum Government Hospital. 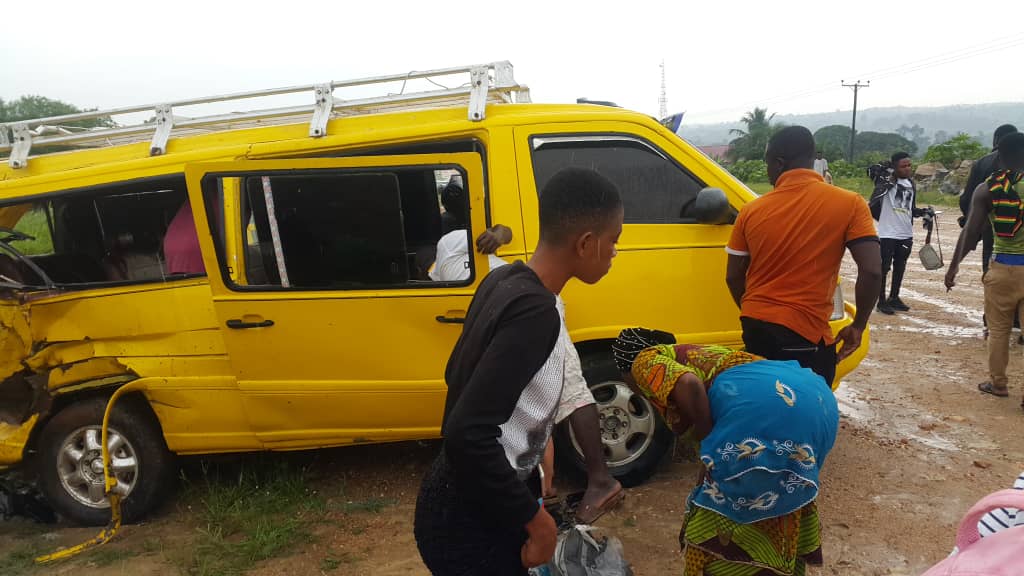 In another development, a suspect driver now at large in charge of a Hyundai H100 mini bus with registration number GT 3671-16 driving from Anyinam direction towards Nkawkaw with passengers on board on reaching a section of the road between Akyem Sekyere Dankwa and Sekyere Junction, run into the rear portion of a Chevrolet Matiz Taxi cab with registration number  GE 5875-17.

The impact pushed the taxi cab forward and also crashed the rear of a Kia Rio taxi cab with registration number AW 1245-12.

All the vehicles involved in the various crashes have been impounded at the police station. 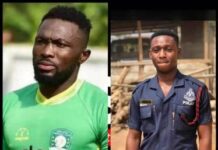 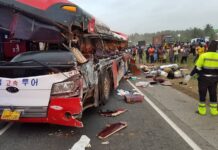