Subsections 1, 3 and, 7 of article 47 of the Constitution of Ghana provide that:

(1) Ghana shall be divided into as many constituencies for the purpose of election of members of Parliament as the Electoral Commission may prescribe, and each constituency shall be represented by one Member of Parliament.

(3)  The boundaries of each constituency *shall* be such that the number of inhabitants in the constituency is, as nearly as possible, equal to the population quota.

In response to population growth, the Electoral Commission (EC) has met the constitutional requirement of approximately equally-sized constituencies by increasing the number of constituencies and thus parliamentary seats. There were 200 constituencies/parliamentary seats in the 1992 elections, 230 in the 2004 elections, and 275 in the 2012 and 2016 elections. Without a constitutional amendment, it is obvious that dropping “that” chamber will be short-lived. Eventually, that 450-seater parliamentary chamber will be built. And at that time, it will cost more than $200 million.

Increasing the number of constituencies is not the only solution to the aforementioned constitutional requirement. When there is population growth or a demographic shift, merging constituencies can also result in approximately equally-sized constituencies.

Until 1929, the USA faced a similar problem. In response, she _capped_ the number of seats in the House of Representatives at 435. The USA Congress passed the *Reapportionment Act of 1929* which was a combined census and apportionment law that established a permanent method for apportioning a fixed number of 435 seats in the U.S. House of Representatives according to each population census. The fixed 435 seats are allocated to each state (region) in proportion to its share of the US population and each state is constitutionally guaranteed at least one seat. This implies that, over time, some states will lose seats while others will gain seats. The US solution is not a perfect solution. Some districts (constituencies) are significantly bigger than others. For example, in 2014, the smallest district (constituency) was Rhode Island’s second congressional district, with a population of 523,028. Montana’s single congressional district was the largest, with a population of more than 1 million. Democracy is not perfect.

J. Atsu Amegashie is a D&D Fellow at CDD-Ghana. He is a Professor of Economics at the University of Guelph in Canada and a Fellow of the Center for Economic Studies and the Ifo Institute for Economic Research (CESifo) in Munich, Germany and the Tshepo Institute of Wilfrid Laurier University, Canada. His fields of specialization are Public Economics, Development Economics, and Microeconomics. 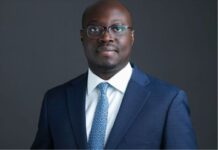 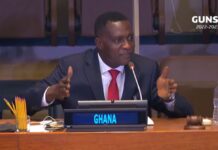